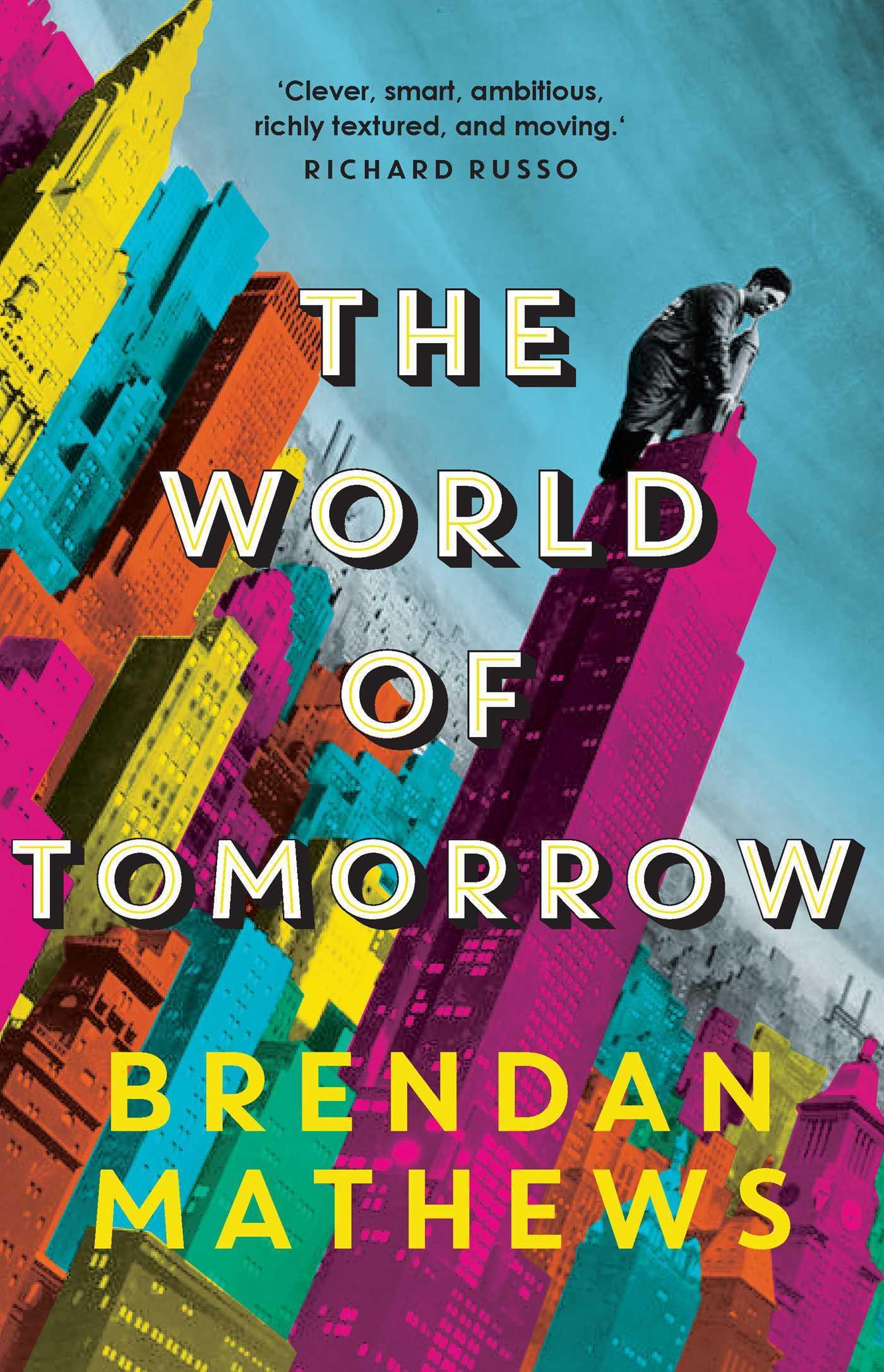 From the opening scene of a shameless Irish charmer posing as a wealthy Scottish lord, this rollicking tale of love, blackmail and betrayal in 1930s New York takes you captive.
Only ten days before Sir Angus McFarquar, aka Irish scamp Francis Xavier Dempsey, had been released from a Dublin prison for his father’s funeral when he and his brother were whisked to a getaway car bound for an IRA ‘safe' house. When the house explodes and cash rains from the sky, the boys take the money and run …
When Tom Cronin, a former hitman forced into one last job, tracks the Dempsey brothers down in New York, their lives collide spectacularly.
From the smoky jazz joints of Harlem to the mobster warehouses in Hell’s Kitchen, The World of Tomorrow delivers superb storytelling, unforgettable characters, and a thoroughly good time.
It’s easy to see why it was picked as of the top six debuts novels for 2017 at Book Expo’s ‘Buzz Panel'.

Brendan Mathews chose 1939 as his setting because this year in history is echoed in the present. America was in an economic slump, there was a refugee crisis and fascism was a rising trend, worldwide. I thought about this many times as I read.

The narrative centres on three Irish brothers and their shared aspirations, set against the incredible cityscape of New York. One of the brothers is an escaped convict (living under an assumed name and identity), another is a seminary drop-out (with an imaginary poet as his companion), and they live in the home of their jazz musician brother. In the week of their arrival in the Big Apple, the brothers’ adventures lead them through jazz joints, warehouses and through a terrible game of catch-and-run with a hitman. With its ear for dialect and film-noir vision, this novel is ambitious and warm-hearted. As he builds towards the final sensational scene, Mathews prepares us with intricate back-stories and apt descriptions of reckless youth, love and hope. Set in a world in transition, reminding us there is nothing new in the world, this novel allows us to imagine what authors might later write about 2017.

For fans of Humphrey Bogart and Bette Davis – and for readers that enjoy a good old-fashioned romp through city lights.