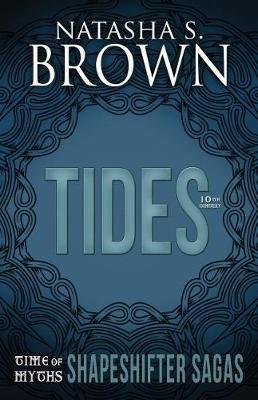 The legends are wrong-mythological creatures are real, but they’re not what you’ve always been told. Get lost in history with these strong female leads and their sexy alpha shifters to discover the truth behind the myths. It’s Leif’s eighth summer going viking with his father on their ship the Kraken-and he’s had enough. For as long as Leif can remember, his father has claimed to be a descendant of gir, god of the sea, and has exploited their shape changing ability-all this to amass enough gold to gain entrance into the ocean god’s halls. Leif hopes that time’s drawing near so he can free himself from Ragna’s domineering shadow. On the green hills of ire, Eilish is content learning traditional folk cures from her father until a Finn-Gall raid disturbs the peace. Desperate to protect Eilish from harm, her father cuts her hair and disguises her in his old clothing before she’s ripped from the only home she’s ever known. Sold as a thrall in Duiblinn, she must hide out as a young man on a ship full of barbarians. Now Eilish, who fears she’ll become gir’s next sacrifice, and Leif, who isn’t prepared to stand up against his father’s powerful wrath, must face the tides of change-no matter how ominous they may seem. **CONTENT WARNING: Due to mature content, recommended for readers aged 18+** This book is for anyone who loves: Ancient mythology and legendsFantasy romance with mythical creaturesHistorical fantasy, paranormal and shapeshifter romance SHAPESHIFTER SAGAS Widow Scars Tides Outsider Spark