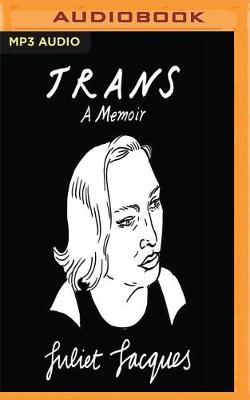 In July 2012, aged 30, Juliet Jacques underwent sex reassignment surgery and felt for the first time that her body matched the person she felt she had been since childhood. Through university and then in a series of dead end clerical jobs, Jacques felt out of place with her surroundings and with who she really was. Living in Brighton, trying to launch a career as a writer, she navigates the hostilities and misunderstandings of growing up in a time when the mainstream media - and even feminism - fail to acknowledge transgender identity. Yet through films, music, politics and football, she begins to find herself and starts the process of transition - and life beyond. Throughout her memoir, Jacques interweaves the narrative with powerful explorations of many of the major debates surrounding trans: the uses of life writing, the relationship with feminism, and the before and after images that illustrated so many articles and documentaries. Brilliantly written, revealing and honest, Trans also includes an epilogue with award-winning author Sheila Heti, in which Jacques and Heti discuss the issues facing transgender people.