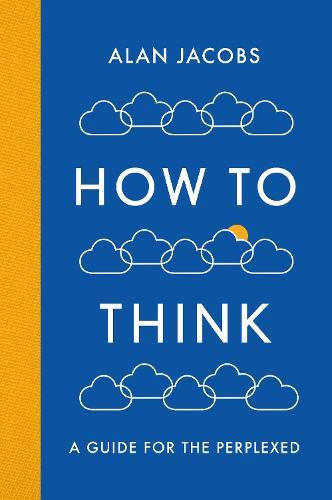 Most of us don’t want to think, writes the American essayist Alan Jacobs. Thinking is trouble. It can force us out of familiar, comforting habits, and it can complicate our relationships with like-minded friends. Finally, thinking is slow, and that’s a problem when our habits of consuming information (mostly online) leave us lost in the echo chamber of social media, where speed and factionalism trump accuracy and nuance.
In this clever, witty book, Jacobs diagnoses the many forces that prevent thought - forces that have only worsened in the age of Twitter, such as “alternative facts,” and information overload. He also dispels the many myths we hold about what it means to think well. (For example: it’s impossible to “think for yourself.”)
Drawing on sources as far-flung as the novelist Marilynne Robinson, the basketball legend Wilt Chamberlain, the British philosopher John Stuart Mill and the Christian theologian C.S. Lewis, Jacobs digs into the nuts and bolts of the cognitive process, offering hope that each of us can reclaim our mental lives from the whirlpool of what now passes for public debate.
After all, if we can learn to think together, perhaps we can learn to live together.
$22.99Add to basket ›

END_OF_DOCUMENT_TOKEN_TO_BE_REPLACED

Curing Affluenza: How to Buy Less Stuff and Save the World