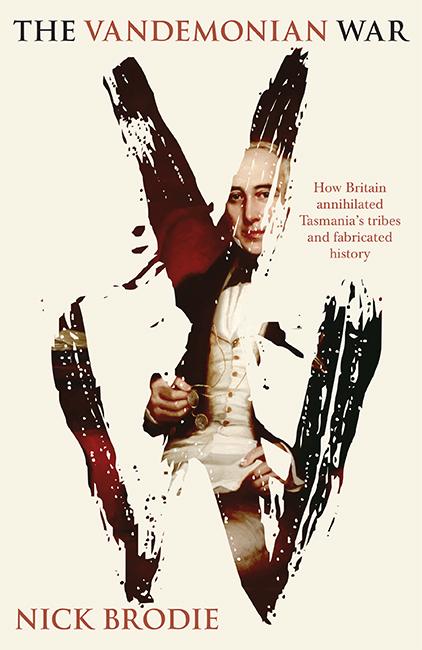 Britain formally colonised Van Diemen’s Land in the early years of the nineteenth century. Small convict stations grew into towns. Pastoralists moved in to the aboriginal hunting grounds. There was conflict, there was violence. But, governments and gentlemen succeeded in burying the real story of the Vandemonian War for nearly two centuries.
The Vandemonian War had many sides and shades, but it was fundamentally a war between the British colony of Van Diemen’s Land (Tasmania) and the Aboriginal people who lived in political and social contradiction to that colony. The Vandemonian War tells the largely untold story of how the British truly occupied Van Diemen’s Land deploying regimental soldiers and special forces, armed convicts and mercenaries.
In the 1820s and 1830s the British deliberately pushed the Aboriginals out, driving them to the edge of existence. Far from localised fights between farmers and hunters of popular memory, this was a war of sweeping campaigns and brutal tactics, waged by military and paramilitary forces subject to a Lieutenant Governor who was also Colonel Commanding. The British won the Vandemonian War and then discretely and purposefully concealed it.
Historians failed to see through the myths and lies - until now. It is no exaggeration to say that the tribes of Van Diemen’s Land were extirpated from the island. Whole societies were deliberately obliterated. This is ground breaking story, discovered in neglected handwriting nearly two centuries old, that redraws what we know about our history. The Vandemonian War is a dark stain on a former empire.
$29.99Add to basket ›