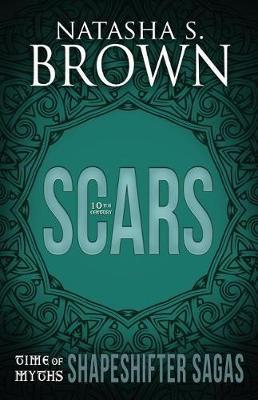 The legends are wrong-mythological creatures are real, but they’re not what you’ve always been told. Get lost in history with these strong female leads and their sexy alpha shifters to discover the truth behind the myths. Along the unforgiving coast of Sn land, sta’s ancestral farm is plagued with bad luck. The kinless maiden’s turf walls continue to be found damaged with claw marks, reviving old memories of the wolf attack that left her scarred, and she begins to fear the whispers are true-that Fenrir, son of Loki and king of the wolves, has come to claim her. Torin often leaves his uncle’s farm in the southern hills to track and ensnare valuable gyrfalcons. His secret ability to turn into raptors means his falconry skills are unparalleled, earning him precious silver. If the memory of his sister’s death didn’t haunt him daily, pushing him to numb his senses with drink, Torin might have married by now-as his uncle often reminds him. But the time has finally come to find a wife and settle down. With bad luck biting at their heels, the scars from their past may seal their fate and put them in an early grave. **CONTENT WARNING: Due to mature content, recommended for readers aged 18+** This book is for anyone who loves: Ancient mythology and legendsFantasy romance with mythical creaturesHistorical fantasy, paranormal and shapeshifter romance SHAPESHIFTER SAGAS Widow Scars Tides Outsider Spark