A House Put in Order 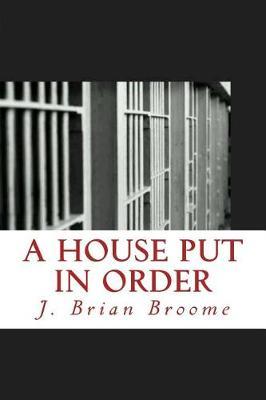 A House Put in Order

Now when the unclean spirit goes out of a man, it passes through waterless places seeking rest, and does not find it. Then it says, ‘I will return to my house from which I came’; and when it comes, it finds it unoccupied, swept, and put in order. Then it goes and takes along with it seven other spirits more wicked than itself, and they go in and live there; and the last state of that man becomes worse than the first. -Matthew 12:43-45 Prison chaplain Thorn McAllister is a man accustomed to dealing with personal demons. His wife, Kerri, unexpectedly walks out on him. His supervisor, Deputy Warden Stan Johnson, attempts to undermine him at every opportunity. Even his presiding bishop questions the effectiveness of his ministry, having shown few results (in his opinion) of the work being done in this mission field. But chaplain McAllister is about to find out that while personal demons can be distracting, real demons can be downright disruptive. When inmate Patrick Jenkins tries to exact payment on a broken promise made to him by a prison official, he dabbles in the realms of dark magic and conjures up a supernatural presence to carry out a malevolent purpose. What Jenkins doesn’t realize is that when you make a deal with the devil, there’s hell to pay. He succeeds in summoning a spirit, but it proves to be much more than he bargained for, since the spirit he conjures to do his bidding has an agenda all its own. As the plans of the inmate and the spirit become clear, it falls on chaplain McAllister to uncover the truth and prevent an outpouring of pure chaos from becoming an awful reality. A House Put in Order entwines the elements of the natural with the supernatural in which one man’s faith is pitted against the spiritual powers of darkness. The series of events that unfolds will require Chaplain Thorn McAllister to draw upon all of his wit, experience, and resources to provide the strength he needs to stand in the gap between two worlds if he is going to save the prison staff and inmates under his charge.