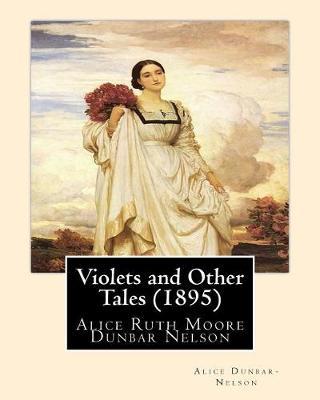 Alice Ruth Moore Dunbar Nelson (July 19, 1875 - September 18, 1935) was an American poet, journalist and political activist. Among the first generation born free in the South after the Civil War, she was one of the prominent African Americans involved in the artistic flourishing of the Harlem Renaissance. Her first husband was the poet Paul Laurence Dunbar; she then married physician Henry A. Callis; and last married Robert J. Nelson, a poet and civil rights activist. Life: Alice Ruth Moore was born in New Orleans on July 19, 1875, the daughter of an African-American seamstress and former slave and a white seaman. Her parents, Patricia Wright and Joseph Moore, were middle-class people of color and part of the traditional multiracial Creole community of the city. At a time when fewer than 1% of Americans went to college, Moore graduated from Straight University (later merged into Dillard University) in 1892 and started work as a teacher in the public school system of New Orleans. In 1895, her first collection of short stories and poems, Violets and Other Tales was published by The Monthly Review. About that time, Moore moved to Boston and then New York City. She co-founded and taught at the White Rose Mission (White Rose Home for Girls) in Manhattan’s San Juan Hill neighborhood.Beginning a correspondence with the poet and journalist Paul Laurence Dunbar, she ended up moving to Washington, DC to join him when they married in 1898. She and Paul Dunbar separated in 1902 but were never divorced. He was reported to have been disturbed by her lesbian affairs.Her writing and photo in a literary magazine captured his attention, and in 1898, after corresponding for two years, they married. But the relationship proved stormy, exacerbated by Dunbar’s alcoholism and depression. In 1902, after he beat her nearly to death, she left him, and moved to Delaware. Paul Dunbar died in 1906. Alice Dunbar then moved to Wilmington, Delaware and taught at Howard High School for more than a decade. During this period, she also taught summer sessions at State College for Colored Students (the predecessor of Delaware State University) and at the Hampton Institute. In 1907, she took a leave of absence from her teaching position in Wilmington and enrolled as a student at Cornell University, returning to Wilmington in 1908. In 1910, she married Henry A. Callis, a prominent physician and professor at Howard University, but this marriage ended in divorce. From 1913 to 1914, Dunbar was coeditor and writer for the A.M.E. Review, an influential church publication produced by the African Methodist Episcopal Church (AME Church). In 1916 she married the poet and civil rights activist Robert J. Nelson. She joined him in becoming active in politics in Wilmington and the region. They stayed together for the rest of their lives. From 1920, she coedited the Wilmington Advocate, a progressive black newspaper. She also published The Dunbar Speaker and Entertainer, a literary anthology for a black audience. Alice Dunbar Nelson was an activist for African Americans' and women’s rights, especially during the 1920s and 1930s….