Genesis of the Palestinian Authority 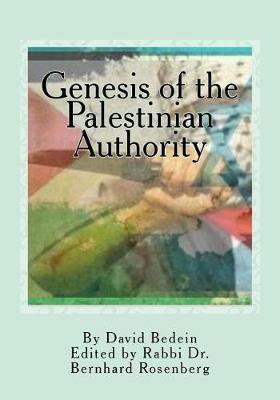 Genesis of the Palestinian Authority

For 2 decades, the PLO and the UN have promoted the idea that The Palestinian Authority and UNRWA constitute innocuous entities which advocate peace in the Middle East. Few voices have shown the courage to challenge that narrative. One voice of courage in the media is David Bedein, who has worked with the visiting press in Jerusalem since 1987 presenting another point of view, conducting hundreds of news investigations which unmask the real policies that the mainstream media neglect to cover in the Palestinian Authority and UNRWA, which this book with reflect… How The Palestinian Authority creates financial incentives for anyone who murders a Jew? How UNRWA allows Hamas terror groups to take over its facilities? How the PA forges a military alliance with Hamas? How UNRWA and the PA adopt a war curriculum? How the PA hijacks Rachel’s Tomb How UNRWA schools in Gaza are a greenhouse for Hamas military operations? How The PLO never changes its covenant to destroy Israel? How PA and UNRWA promotes a peace curriculum that does not exist?How a VATICAN official played a crucial role in the expose of PA schools and the PA constitution How Abbas praises the legacy of the Mufti, who was aligned with Hitler? How Abbas condems terror in English, not in Arabic? How an anti-Semitic state is being spawned in Ramallah? How The PA army presents an unprecedented threat? How Aid to a Gaza regime at war with Israel will backfire on Israel? The US finances UNRWA right of return indoctrination? How People ignore the consequences Of A Palestinian Arab State How the Demand to Return to Villages from 1948 Is Real. How the Iranians armed summer camps for UNRWA students. How The Myth was promulgated of a supposed holocaust curriculum in UNRWA schools.