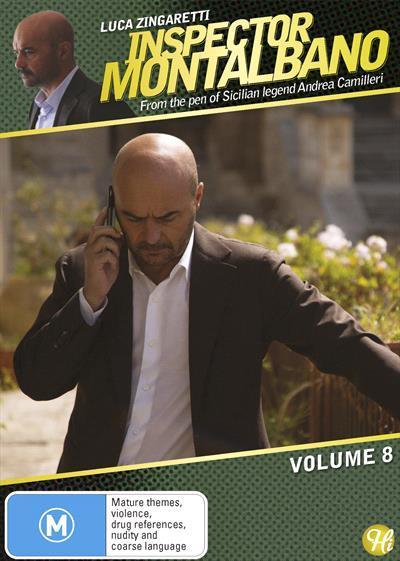 A NEST OF VIPERS: One morning, elderly businessman Cosimo Barletta is found shot dead in his seaside house. No signs of forced entry are apparent. The case darkens quickly as Montalbano discovers that Barletta was widely disliked it seems a host of potential murderers exist! And further complications arise when it’s revealed he was poisoned as well as shot multiple killers?

ACCORDING TO THE PRACTICE: An unknown woman’s body is found outside a door on Via Pintacuda, naked but for a blood-soaked robe. Montalbano initially suspects she is a prostitute, and as that business is presently run by the Cuffaros in Vigata, a clash with the mafia lies ahead. But complications arise when a hired killer causes compromise with his employer. But Montalbano soon realises that the placement of the corpse meant something else entirely.
$34.95Add to basket ›