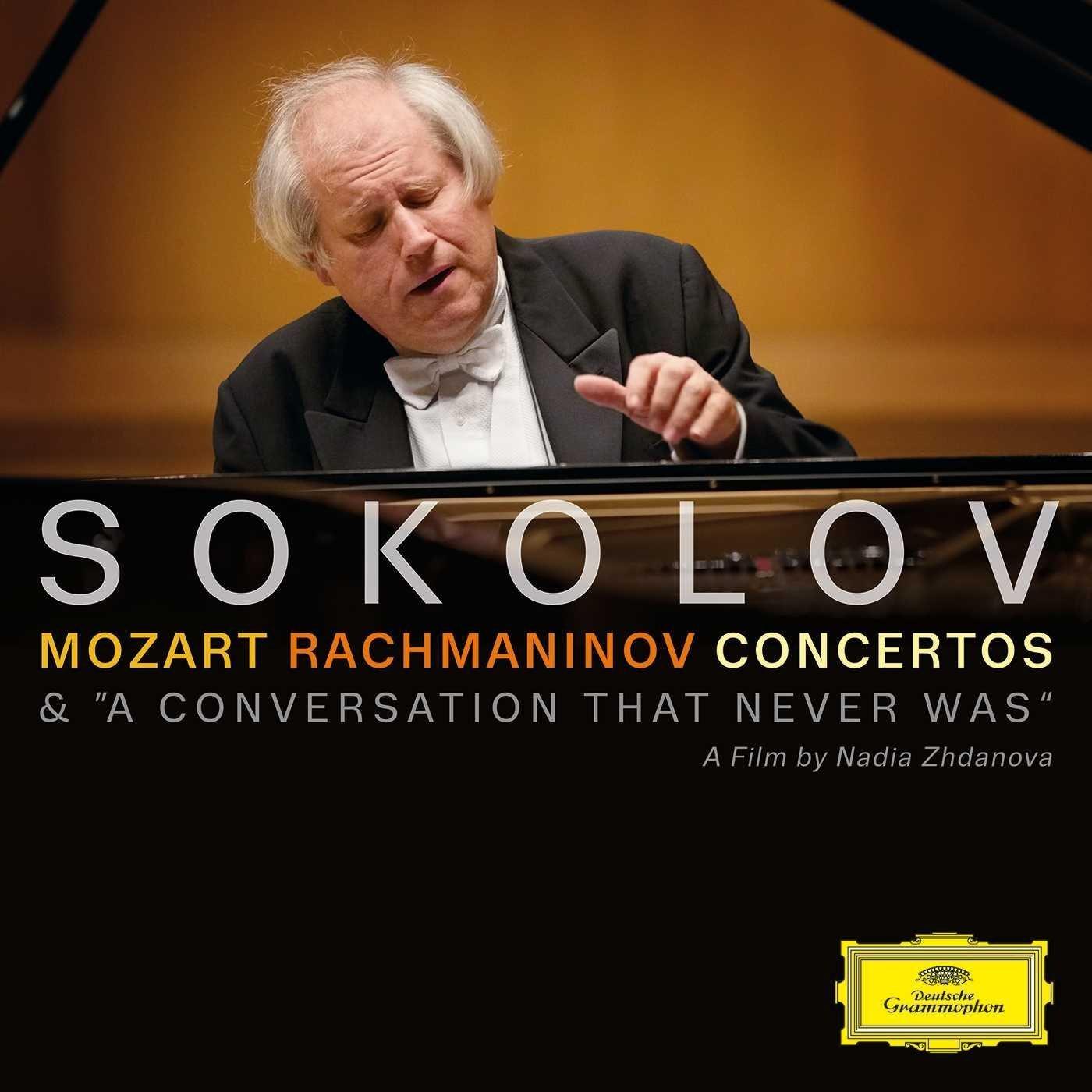 This release is a piece of history: it is a combination of unreleased and historic audio and visuals. It allows a unique view of the enigmatic maestro Grigory Sokolov’s life because it offers an opportunity to hear authentic performances from over ten and even twenty years ago accompanied by a brand-new film by Nadia Zhdanova.
The legendary pianist, who no longer performs with orchestras, has finally agreed to release two stunning concerto recordings from his extraordinary past: Mozart K488 with the Mahler Chamber Orchestra under Trevor Pinnock (recorded live in Salzburg 2005) Rachmaninov’s Concerto for Piano Orchestra No. 3 with the BBC Philharmonic Orchestra under Yan Pascal Tortelier (recorded live in London 1995).
Commenting on that very performance of Mozart’s Piano Concerto K 488, the Salzburger Nachrichten noted that “Such is his intensity that Sokolov sweeps everything and everyone along with him”.
The Independent described his reading of Rachmaninov’s Third Piano Concerto as “ecstatic” and as “an outstanding performance”, while The Times wrote that “Sokolov swept through the concerto like a hurricane”.
These historic performances, will be published in combination with a unique documentary, which looks back on both Sokolov’s artistic and private biography. Whilst Sokolov is well known for being reclusive and rarely giving interviews, filmmaker Nadya Zhdanova achieved the impossible: She spoke with his friends, with colleagues and eventually was allowed to use private material from Sokolov’s archives.
She discovered rare and unreleased video footage (i.e. including Sokolov winning the Tchaikovsky competition in 1966), which offers an intimate insight into the life of Grigory Sokolov. The documentary is dedicated to Inna Sokolova the late wife of the artist. Both documentary and the booklet will feature poems by Inna Sokolova in four languages.
$24.95Add to basket ›