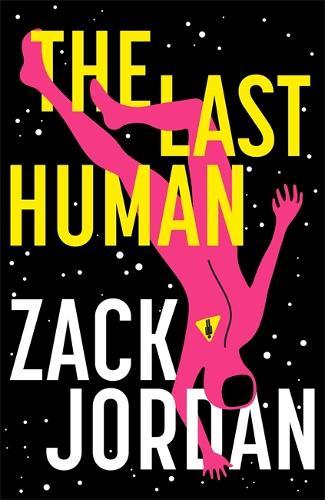 Sarya Vald is the galaxy’s worst nightmare: a Human.
Fortunately, she’s the last one. Adopted and raised by the alien Senya, a terrifying sentient spider-like species known as a Widow, Sarya has lived on a space station her entire life, keeping her identity as a human secret even as she puzzles over the impossible questions behind her own existence.
1.) How it is that she, and she alone, is the sole survivor of a race that was supposedly wiped out centuries ago?
2.)What mysterious force could wipe out four trillion people in a single Galactic year, while making each death look like an accident?
3.) What made the Humans so special - or so frightening - that they warranted such treatment?
When the station’s central intelligence, a grumpy AI named ELLIE, discovers the truth about Sarya’s origins, she’s forced to flee, a step ahead of rioting inhabitants and vicious enforcers. Together with a band of misfits and cutthroats, Sarya makes for the depths of space aboard a stolen ship, in desperate search of the truth behind her existence.
What she discovers is that humanity’s death was but one chess move in a war played out across light-years and centuries, by beings with minds so vast and alien that they might as well be gods. If Sarya is going to be more than just a pawn in their game and have a chance at saving humanity’s future, she herself will have to become something greater, and more alien, than she ever imagined.
$32.99Add to basket ›