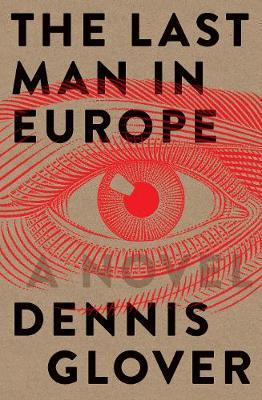 Forty-three years old and suffering from the tuberculosis that within three winters will take his life, Orwell comes to see the book as his legacy - the culmination of a career spent fighting to preserve the freedoms which the wars and upheavals of the twentieth century have threatened. Completing the book is an urgent challenge, a race against death.
In this illuminating novel, Dennis Glover masterfully explores the creation of Orwell’s classic work, which for millions of readers worldwide defined the twentieth century. Simultaneously a captivating drama, a unique literary excavation and an unflinching portrait of a beloved British writer, The Last Man in Europe will change the way you understand Nineteen Eighty-Four.
‘Read this book to better know and understand an essential figure of the 20th century whose writing and example still speak to us with urgency.‘ - Don Watson
‘…a major new literary talent has been revealed.’ - Robert Manne
‘Dennis Glover’s account of Orwell is so compelling and so wonderfully written that I read it all in one go. It’s a ludicrously ambitious premise for a novel, but somehow - exhilaratingly - Glover pulls it off.‘ - Annabel Crabb
‘I doubt literary biography will ever recover.’ - David Marr

The Last Man in Europe, the debut novel from political speechwriter and academic Dennis Glover, follows the life of George Orwell, from 1936 when he was finishing his underrated novel Keep the Aspidistra Flying, through his fighting in Spain, to his death in 1950. During this period, Orwell would also write The Road to Wigan Pier, Homage to Catalonia, Coming Up for Air, Animal Farm, and Nineteen Eighty-Four. The final two would make him famous, the torturous writing of the last being what Glover’s book is ultimately about. He charts Orwell’s determination to finish the book, both while it was still relevant (it’s never not relevant), and while he was still alive – a determination that arguably shortened his life.

What Glover is so good at doing is drawing the lines from his personal life (hinted at but not quite seen in his nonfiction) to his novels, particularly Nineteen Eighty-Four. Which is fitting, as Orwell himself was superb at seeing how circumstances or environments changed people’s behaviour (whether it be waiters in bad Parisian restaurants transforming between one room and the next in Down and Out in Paris and London, or natives of Barcelona moving with the political tide). Glover brilliantly captures Orwell’s suffering over the loss of his wife, the sudden shock of pain when shot in the neck by a sniper in Spain (similarly well rendered by Orwell himself in Homage), and the treatment for his advanced pulmonary tuberculosis that’s as terrifying as anything Nineteen Eighty-Four’s Winston endured (Orwell was dead within a year of publication).

Glover suggests that these coalesced to make a far darker and more hallucinatory book than we would otherwise have had; a book in which hope is flashed before us only to be crushed, showing us how utterly alien it is to such a world. Orwell came to call himself a socialist, though he was, in a way, a terrible one, being utterly immune to personality cults and to jargon (his essay ‘Politics and the English Language’ is likewise as relevant as ever today, whether it be regarding the language of politics, customer service or academia).

Which is no doubt why I had such admiration for his works in my early twenties, and why I return to him as a kind of moral grounding every few years. The Last Man in Europe provides excellent new insight into the works, the man, and what it means to both fear and stare down popularism and the totalitarian impulse.