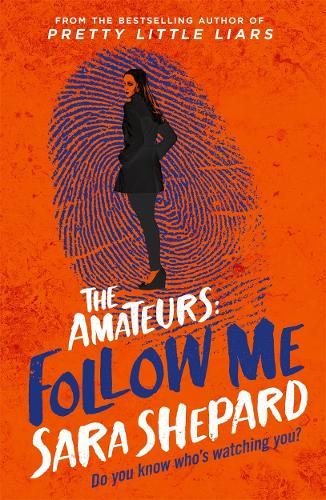 Everyone knows Chelsea Dawson. Day and night, her tens of thousands of followers on Instagram watch her every move. So when she goes missing from the sunny beachside town of Lafayette, it makes headlines.
The police are searching everywhere for her kidnapper, but when eighteen-year-old Seneca Frazier sees Chelsea’s picture, she knows instantly who took her. Chelsea looks exactly like her friend Aerin Kelly’s murdered sister - and Seneca’s own mother, who was killed five years ago.
Seneca’s suspicions are confirmed when the killer contacts her, threatening to hurt Chelsea if Seneca goes to the police with what she knows. Seneca makes the only move she can, reaching out to Aerin and Maddox and Madison Wright, her friends from Case Not Closed, an amateur crime-solving community. Together they go to Lafayette to work the case, to save Chelsea, and to bring the killer to justice.But the killer has a plan of his own. He wants Seneca and her friends in Lafayette, but he wants them to play by his rules.
One wrong step could mean the end for Chelsea - or the Amateurs.The second book in the thrilling new crime series from bestselling author Sara Shepard.
$16.99Add to basket ›