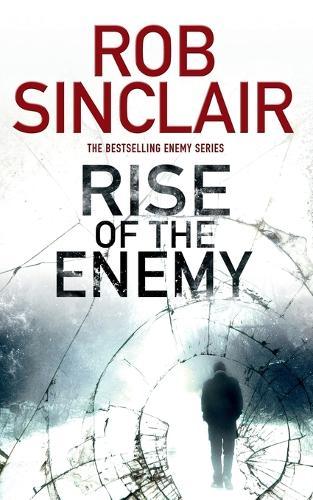 Rise of the Enemy is the gripping and suspenseful second novel in the highly-acclaimed and bestselling Enemy series of espionage thrillers featuring Carl Logan. Praise for Rob Sinclair and Rise of the Enemy: Torture and Tension in Terrific Thriller - Treebeard (Bestsellingcrimethrillers.com) Rise of the enemy is pure action from the get-go - Lauren Dimmick (mystudentstyle.co.uk) riveting, spellbinding, captivating, thrilling and believable - Monica McDaniel (ebookreviewgal) Another fast paced, well written and suspenseful story full of mystery and action - Cathy Ryan (Between the Lines blog) Book Description: Everyone has a breaking point. Carl Logan might just have found his. The Joint Intelligence Agency sends agent Carl Logan on a routine mission to Russia. It should have been simple. But when Logan’s cover is blown, he’s transported into a world of hell he thought he would never see again. Something is different this time, though, and before long doubts begin to surface in Logan’s mind as to why the assignment went so wrong. Logan has never been short of enemies. And sometimes the enemy is closer to home than you think. Could his own people really have set him up?