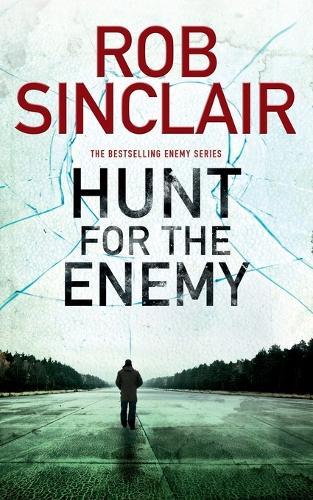 Hunt for the Enemy is the breathtaking and action-packed finale to the bestselling Enemy series of espionage thrillers featuring Carl Logan. Praise for Rob Sinclair and Hunt for the Enemy: an excellent action thriller, perfect for fans of Jack Reacher and Ben Hope … a great series - Victoria Goldman (Off The Shelf Book Reviews) Logan is back and this time it is personal … a spectacular finale to the trilogy - Claire Knight (crimebookjunkie.co.uk) fast paced and gripping … highly tense - Sarah Hardy (By The Letter Book Reviews) The pace is relentless … a brilliant story line - Treebeard (Breakaway Reviewers) fast paced and complex plot, full of action, suspense and thrills … a great story arc - Cathy Ryan (Between The Lines Book Blog) fast paced and intriguing as ever … one of those you just don’t want to put down - Liz Barnsley (Liz Loves Books Blog) Book Description: The Hunt is on… They’ve erased his past. Wiped out his very existence. But Carl Logan isn’t finished yet. On the run in a harsh Russian winter, Logan - once an invaluable asset but now branded a traitor - has been framed for murder. His own firm, the secretive Joint Intelligence Agency, have labeled him a rogue operative after two decades of loyal service. The agency is hunting him down… and they’re not the only ones. But there’s much more at stake than just Logan’s life. One by one, agents and informants from all sides, all allegiances, are dying. And Carl Logan is the only man who can put a stop to it, once and for all.