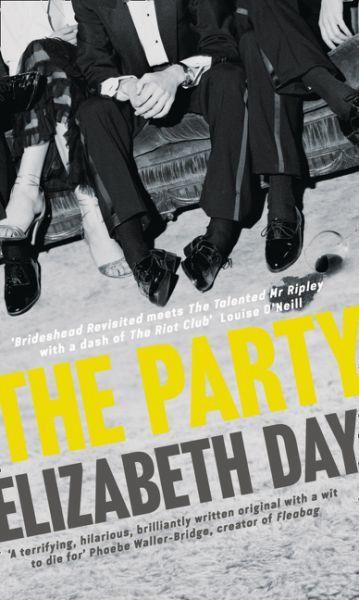 ‘As the train pressed on, I realised that my life was in the process of taking a different direction, plotted according to a new constellation. Because, although I didn’t know it yet, I was about to meet Ben and nothing would ever be the same again.‘
Martin Gilmour is an outsider. When he wins a scholarship to Burtonbury School, he doesn’t wear the right clothes or speak with the right kind of accent. But then he meets the dazzling, popular and wealthy Ben Fitzmaurice, and gains admission to an exclusive world. Soon Martin is enjoying tennis parties and Easter egg hunts at the Fitzmaurice family’s estate, as Ben becomes the brother he never had.
But Martin has a secret. He knows something about Ben, something he will never tell. It is a secret that will bind the two of them together for the best part of 25 years.
At Ben’s 40th birthday party, the great and the good of British society are gathering to celebrate in a haze of champagne, drugs and glamour. Amid the hundreds of guests - the politicians, the celebrities, the old-money and newly rich - Martin once again feels that disturbing pang of not-quite belonging. His wife, Lucy, has her reservations too. There is disquiet in the air. But Ben wouldn’t do anything to damage their friendship.
Would he?

Usually when you read a book, you make up your mind about the main character fairly quickly, or at least about whether they’re basically good or bad. But that’s not the case in this book. Martin Gilmour is accused again and again of being ‘not quite right’; of having something integral ‘missing’. It’s clear that he can be obsessive, cruel and even vengeful. But is he deranged? In Martin, prepare to find an armchair psychologist’s perfect case-study, a deliciously compromised and compromising character who may or may not be rotten to the core.

Martin is being interviewed by the police when we first meet him, following an incident at a lavish fortieth birthday party. The party was in honour of his childhood best friend Ben, and while the exact nature of the incident is not clear, it’s evident that whatever happened has damaged the friendship. The narrative, told alternately from Martin’s and his wife Lucy’s perspective, gradually teases out the details of how a teenage Martin obsessively forced a friendship with Ben after receiving a scholarship to the prestigious Burtonbury School. Ben is a bit of a Jay Gatsby character – rich, charming, moving effortlessly in privileged circles. Through his friendship, Martin sees not only an opportunity to insinuate himself into the upper echelons of society, but also, through fulfilling Ben’s needs, to validate his own. When the two are at Oxford University together, he seizes the opportunity offered by a tragic accident to bond them for life. Or so Martin thinks. At Ben’s fortieth, among all the cocaine and debauchery, it becomes clear that the friendship has ceased to serve Ben. But Martin is not going to let go of the relationship that he has invested so much time and energy into.

Reminiscent of both The Great Gatsby and The Talented Mr Ripley, spliced with the contemporary sexual politics and social realism of Tsiolkas’s Barracuda, The Party is a hypnotic, disturbing read.