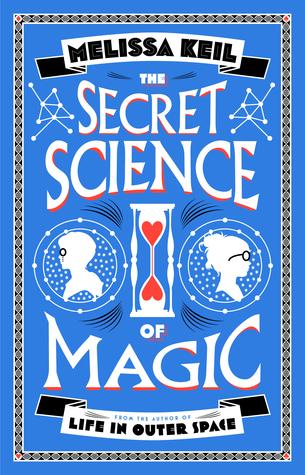 From award-winning YA author Melissa Keil comes this heartwarming contemporary novel about what it means to be extraordinary.
Joshua is good at magic tricks, ignoring his homework, and not thinking about life after year twelve. He’s not so good at talking to Sophia, the genius in his class who he’s had a crush on for years. But with their time together in high school running out, he has to do something about it, soon - because if he’s learned one thing, it’s that timing is everything.
Sophia is smart enough to know that geniuses like her can end up as socially inept recluses. In fact, maybe she’s halfway there already, what with the panic attacks and her best (and only) friend Elsie drifting away. All Sophia can do is seek refuge in what she understands best: maths, science, logic. But there’s no logical explanation for the odd, almost magical things happening around her. And there are some things no amount of study can prepare you for…

Melissa Keil is one of the best new voices in Australian YA fiction. Her wonderful contemporary rom-coms are always populated with a brilliant cast of well-drawn characters, and The Secret Science of Magic is no exception. The two teenagers at the heart of Keil’s third novel are Joshua, an amateur illusionist who taught himself magic to help manage crippling social anxiety, and Sophia, a maths genius with an eidetic memory and a terrible fear of burning out and disappointing everyone around her (not least herself).

As the end of high school looms, Sophia’s panic attacks increase, exacerbated by her best friend’s impending departure, an ill-advised enrolment in drama class, and sudden occurrences of unexplained phenomena that seem, well, to be somehow centred around her. The person responsible for the phenomena is – of course – Joshua, who has loved Sophia from a distance for over five years and recently decided to make a long, complicated, elaborate play for her heart. A play that involves exploding roses and trick coins, and definitely has absolutely nothing to do with avoiding the big question of what he’s going to do after he finishes Year 12.

Like her previous novels, Keil’s The Secret Science of Magic is a book with a lot of heart that deals with complex questions of love, identity, friendship and family in a sympathetic and realistic manner. Sophia is a fantastic character, and her first-person narrative reminded me how refreshing it is to read a story from the perspective of a female character who is almost certainly on the autism spectrum. Sophia’s observations of the world around her are unexpectedly witty, and her pragmatic view of the world contrasts beautifully with Joshua’s empathetic and romantic nature. If you’re looking for a sweet, sparkling YA novel with hidden depths and one of the sexiest first kisses I’ve read, then this is the one for you.

END_OF_DOCUMENT_TOKEN_TO_BE_REPLACED

Sandy Douglas knows that life at fifteen is hard, but it's even harder when your mother died a year ago and nothing's gone right since. His brother Red, on the other hand, is eighteen now and working the farm. He's amped up on...

The latest winner of the Ampersand Prize is a genre-smashing hostage drama about 14-year-old Tamara, who's faced with an impossible choice when she falls for her kidnappers.

Rumour is the new truth: feminism, identity and belonging are explored in a spectacular collaboration between three award-winning YA authors.

Meet Tiny and Nola. Two very different girls with two very different stories who are just trying to find a place to belong. A powerful and compelling novel about friendship, love and acceptance.

Sophia is smart, like genius-calculator-brain smart. But there are some things no amount of genius can prepare you for, and the messiness of real life is one of them. When everything she knows is falling apart, how can she crack...