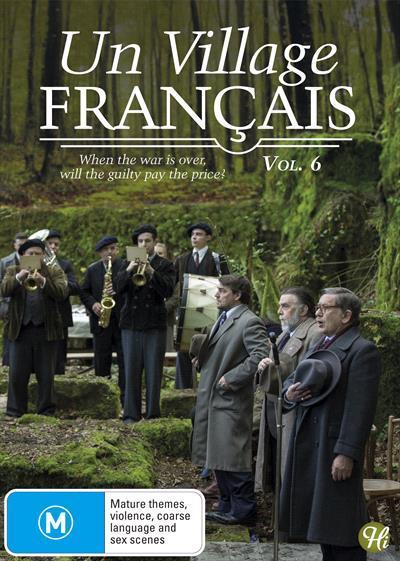 And so, after years of war, the peace has arrived, and with it comes the court cases, the public hearings that will attribute blame.
The divisions that damaged Villeneuve so very much are brought to the surface. Daniel Larcher and Sub-Prefect Servier are first in the dock. And out in the village, people jockey for positions in the new order. We will see characters who disappeared during the war return, we will see characters making deals to avoid execution.
The war may be over, but the struggle for dignity continues.
$29.95Add to basket ›