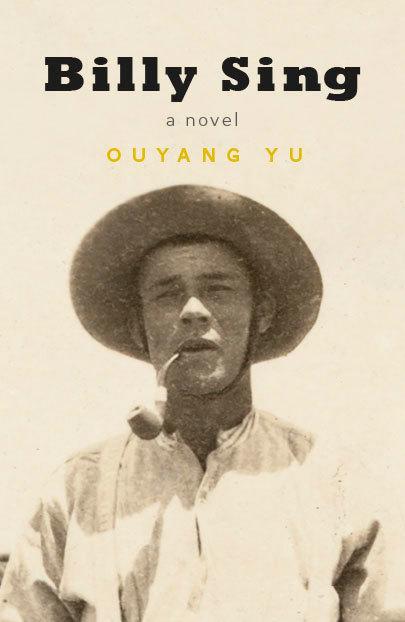 William ‘Billy’ Sing was born in 1886 to an English mother and Chinese father. He and his two sisters were brought up in Clermont and Proserpine, in rural Queensland. He was one of the first to enlist in 1914 and at Gallipoli became famous for his shooting prowess. In his new novel, Billy Sing, Ouyang Yu embodies Sing’s voice in a magically descriptive prose that captures both the Australian landscape and vernacular.
In writing about Sing’s triumphant yet conflicted life, and the horrors of war, Yu captures with imaginative power what it might mean to be both an outsider and a hero in one’s own country. The telling is poetic and realist, the author’s understanding of being a Chinese-Australian sensitively informs the narrative.
‘Australian son of both Mother England and Father Cathay, Billy Sing is a Gallipoli hero and a modern killer, beloved and abandoned, admirable and deluded, lost and found. In his most concentrated, accessible and humane novel yet, Ouyang Yu brings a figure from remote history fully alive with intensity and tragic depth, lets us hear his voice and feel his pain. Ouyang restores Billy Sing to an Australian history that has threatened to erase him, but leaves us fundamentally unsettled about just what that history has been and might be. This book is terrific, it moved me to tears.’ - Nicholas Birns, author of Contemporary Australian Literature: A World Not Yet Dead
$27.95Add to basket ›