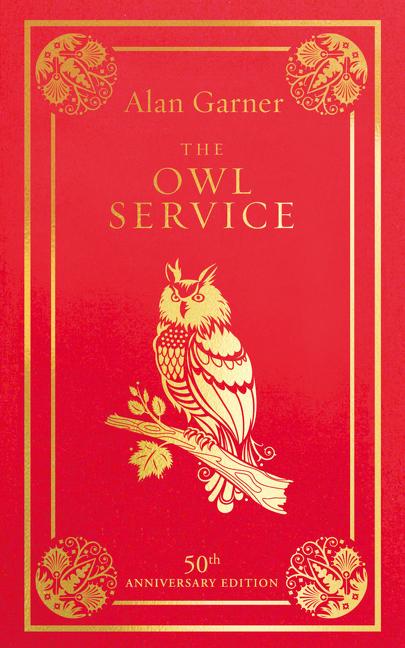 Winner of both the Guardian Award and the Carnegie Medal, this is an all-time classic, combining mystery, adventure, history and a complex set of human relationships. Featuring a new introduction by Philip Pullman. It all begins with the scratching in the ceiling. From the moment Alison discovers the dinner service in the attic, with its curious pattern of floral owls, a chain of events is set in progress that is to effect everybody’s lives.
Relentlessly, Alison, her step-brother Roger and Welsh boy Gwyn are drawn into the replay of a tragic Welsh legend - a modern drama played out against a background of ancient jealousies. As the tension mounts, it becomes apparent that only by accepting and facing the situation can it be resolved.

It begins with Alison hearing a scratching sound in the roof above her bedroom. Gwyn thinks it’s mice but when he knocks on the roof, it knocks back. When Gwyn goes into the roof to investigate, he discovers an old set of plates with a beautiful owl pattern. As soon as the plates are revealed, strange things start happening; the pattern on the plates disappears and reappears, they start flying around spontaneously, and a centuries-old painting of a woman is exposed when wall cladding falls off inside the house. Alison, Gwyn and Roger are somehow part of the strange circumstances surrounding the owl plates and must challenge superstition and disbelief to discover the source of the mystery.

Set in Wales, this is an adaptation of the story of the mythical Welsh woman Blodeuwedd, who was created from flowers for a man who was cursed to have no human wife. When she chooses another man, it sets off a terrible chain of events. In Garner’s reimagining, the valley where the story is set is where these events actually happened – and are resonating centuries later. Garner has an incredible sense of place, describing the evocative and moody Welsh landscape as if it’s another character in the book. But what is most remarkable about the writing is his incredible use of dialogue to convey character and plot. I have never read a novelist who can use dialogue more efficiently. It is a delight to read.

It’s been 50 years since this magical novel was published in the UK and won both the Carnegie Medal and the Guardian Fiction Prize. This stunning celebratory edition has an inspiring introduction by Phillip Pullman. Packaged in a vibrant red, embossed clothbound hardcover this is truly a special gift, or worthy collector’s edition of a remarkable classic. For ages 12+ (or younger, for strong readers).