The Glass Shore: Short Stories by Women Writers from the North of Ireland 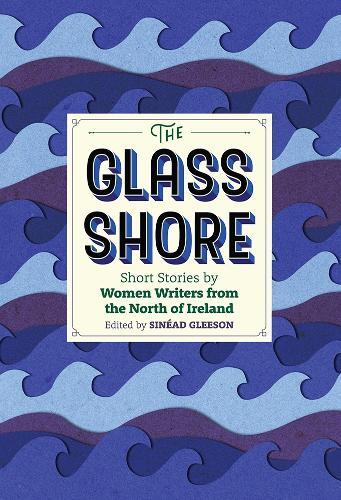 The Glass Shore: Short Stories by Women Writers from the North of Ireland

NEW PAPERBACK EDITION 2015 saw the publication of The Long Gaze Back: An Anthology of Irish Women Writers, edited by Sinead Gleeson. The Long Gaze Back was widely acclaimed and went on to win Best Irish-published Book of the Year 2015 at the Irish Book Awards. More importantly, it sparked lively discussion and debate about the erasure of women writers from the literary canon. One question kept arising: where was the equivalent anthology for women writers from the north? The Glass Shore, compiled by award-winning editor, broadcaster and critic Sinead Gleeson, provides an intimate and illuminating insight into a previously underappreciated literary canon. Twenty-four female luminaries - whose lives and works cover three centuries - capture experiences that are both vivid and varied, despite their shared geographical heritage. Unavoidably affected by a difficult political past, this challenging landscape is navigated by characters who are searingly honest, humorous and, at times, heartbreakingly poignant. The result is a collection that is enthralling, stirring and quietly disconcerting. Individually, these intriguing stories make an indelible impact and are cause for reflection and contemplation. Together, they transgress their social, political and gender constraints, instead collectively presenting a distinctive, resolute and impassioned voice worthy of recognition and admiration. Featuring stories by: Rosa Mulholland, Erminda Rentoul Esler, Sarah Grand, Alice Milligan, Eithne Carbery, Margaret Barrington, Janet McNeill, Mary Beckett, Polly Devlin, Frances Molloy, Una Woods, Sheila Llewellyn, Linda Anderson, Anne Devlin, Evelyn Conlon, Mary O'Donnell, Annemarie Neary, Martina Devlin, Rosemary Jenkinson, Bernie McGill, Tara West, Jan Carson, Lucy Caldwell and Roisin O'Donnell.