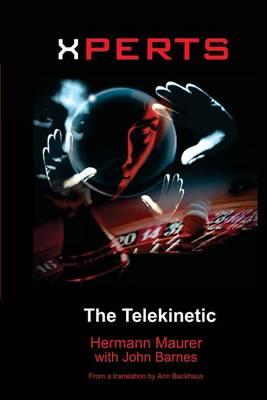 The first book in the XPERTS Series Marcus, a physics student, discovers that he has strong telekinetic powers during a climb in the mountains. As if he had invisible, extendable, strong hands, he can manipulate objects as small as a roulette ball to things as big as a motorcycle. That he can also touch people makes him dangerous for all who are not his friends. A surprising by-product: he also finds it almost too easy to seduce women. However, as much as he tries to keep his talents hidden, two groups find out and try to force him to cooperate with them. He has a powerful ally, the girl Maria with ‘paraseeing powers’ but whether and how they will be able to survive is unclear… A novel full of suspense about parapsychological phenomena that are both a gift and a danger, interwoven like an oriental carpet with beautiful scenes from Europe, the US and New Zealand. Some people do not believe that thoughts can move the world. Well, they will be surprised by this book. With the precision of a scientist and the talent of novelist Maurer puts the readers under his spell with this novel about telekinesis. When finished with this this book readers will be craving for more. (WDR-TV) Hermann Maurer is an Austrian computer scientist at the Graz University of Technology and the author of over 20 books.