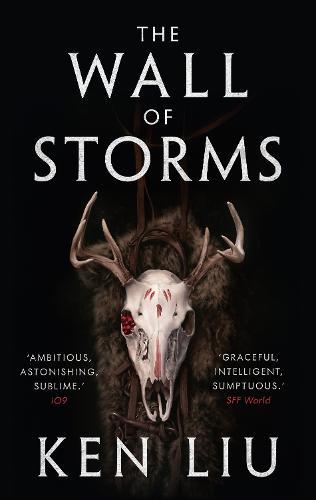 Kuni Garu, now Emperor of Dara, confronts the challenges of supreme power: both from within and without. The second book in The Dandelion Dynasty, the epic fantasy trilogy by Ken Liu. Dara is united under the Emperor Ragin, once known as Kuni Garu, the bandit king. There has been peace for six years, but the Dandelion Throne rests on bloody foundations - Kuni’s betrayal of his friend, Mata Zyndu, the Hegemon. The Hegemon’s rule was brutal and unbending - but he died well, creating a legend that haunts the new emperor, no matter what good he strives to do. Where war once forged unbreakable bonds between Kuni’s inner circle, peace now gnaws at their loyalties. Where ancient wisdoms once held sway, a brilliant scholar promises a philosophical revolution. And from the far north, over the horizon, comes a terrible new threat… The scent of blood is in the water.