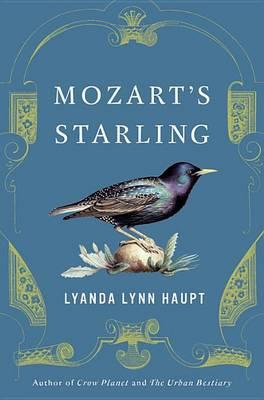 On May 27th, 1784, Wolfgang Amadeus Mozart met a flirtatious little starling who sang (an improved version of!) the theme from his Piano Concerto Number 17 in G to him. Knowing a kindred spirit when he met one, Mozart wrote ‘That was wonderful' in his journal and took the bird home to be his pet. For three years Mozart and his family enjoyed the uniquely delightful company of the starling until one April morning when the bird passed away.
In 2013, Lyanda Lynn Haupt, author of Crow Planet, rescued her own starling, Carmen, who has become a part of her family. In Mozart’s Starling, Haupt explores the unlikely bond between one of history’s most controversial characters and one of history’s most notoriously disliked birds.
Part natural history, part story, Mozart’s Starling will delight readers as they learn about language, music, and the secret world of starlings.
$15.95Add to basket ›

END_OF_DOCUMENT_TOKEN_TO_BE_REPLACED

The Meaning of Birds