Connected: The Power of Modern Community 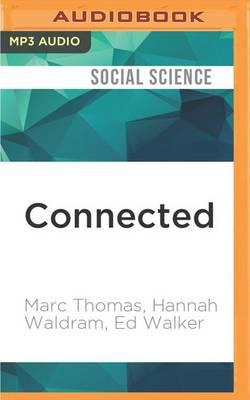 Connected: The Power of Modern Community

What does Barack Obama’s re-election campaign have in common with a dusty box of black and white photographs found in a Cardiff studio? The answer is something that we are all a part of - communities. The way in which Obama’s team drove engagement with the US electorate is fabled. Online and offline, people came together to spread the campaign’s messages across the country. Less well known is how Jon Pountney, who found the Cardiff photos, reached out across the web and into the local community to try and identify the faces captured in them. Piece by piece, this community constructed a story of the photos, which in turned out to be a remarkable slice from the city’s history. In Connected, Hannah Waldram, Ed Walker and Marc Thomas explore examples from across the world which demonstrate that social media is a hugely powerful tool, but it is when it combines with physical communities - spurring action, amplifying a message, organizing movements - that it becomes truly transformative. It is a fascinating insight into how communities can be so much greater than the sum of their parts, and how the power of the internet has become seamlessly woven into community action. The authors also offer practical steps for how to make the most of communities and harness their potential.