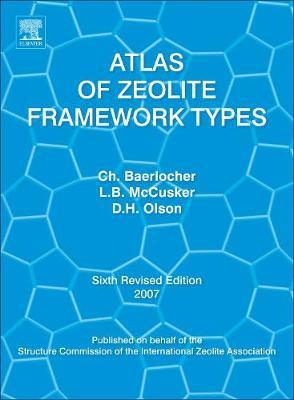 Zeolite scientists, whether they are working in synthesis, catalysis, characterization or application development, use the Atlas of Zeolite Framework Types as a reference. It describes the main features of all of the confirmed zeolite framework structures, and gives references to the relevant primary structural literature. Since the last edition 34 more framwork types have been approved and are described in this new edition. A further new feature will be that characteristic building units will be listed for each of the framework types. Zeolites and their analogs are used as desiccants, as water softeners, as shape-selective acid catalysts, as molecular sieves, as concentrators of radioactive isotopes, as blood clotting agents, and even as additives to animal feeds. Recently, their suitability as hosts for nanometer spacing of atomic clusters has also been demonstrated. These diverse applications are a reflection of the fascinating structures of these microporous materials. Each time a new zeolite framework structure is reported, it is examined by the Structure Commission of the International Zeolite Association (IZA-SC), and if it is found to be unique and to conform to the IZA-SC’s definition of a zeolite, it is assigned a 3-letter framework type code. This code is part of the official IUPAC nomenclature for microporous materials. The Atlas of Zeolite Framework Types is essentially a compilation of data for each of these confirmed framework types. These data include a stereo drawing showing the framework connectivity, features that characterize the idealized framework structure, a list of materials with this framework type, information on the type material that was used to establish the framework type, and stereo drawings of the pore openings of the type material.