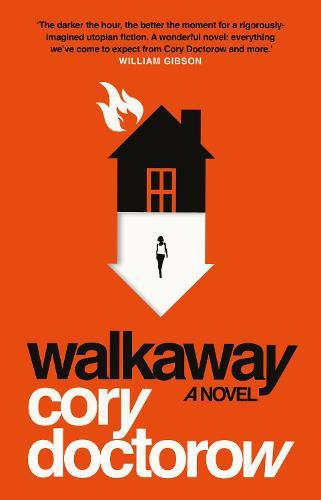 A multi-generational SF thriller about the momentous changes coming in the next hundred years: an epic tale of revolution, love, war, and the end of death. In a world wrecked by climate change, in a society owned by the ultra-rich, in a city hollowed out by industrial flight, Hubert, Etc, Seth and Natalie have nowhere else to be and nothing better to do. But there is another way. After all, now that anyone can design and print the basic necessities of life - food, clothing, shelter - from a computer, there is little reason to toil within the system. So, like thousands of others in the mid-21st century, the three of them turn their back on the world of rules, jobs, the morning commute and… walkaway. It’s a dangerous world out there, the empty lands are lawless, hiding predators - animal and human alike. Still, when the initial pioneer walkaways flourish , the thousands become hundreds of thousands, building what threatens to become a post-scarcity utopia. But then the walkaways discover the one thing the ultra-rich have never been able to buy: how to beat death. And now it’s war - a war that will turn the world upside down .