To Paint a War: The lives of the Australian artists who painted the Great War, 1914-1918 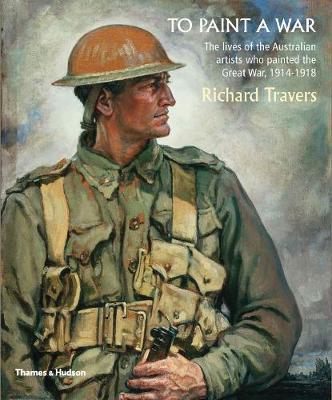 To Paint a War: The lives of the Australian artists who painted the Great War, 1914-1918

Among all the forms of national memory and commemoration, it falls to the artists to paint a war. When war is as traumatic as the Great War, the artists' burden is so much the greater. The Australian artists who painted World War I approached their subject personally, in ways that reflected their experience of the war. Grace Cossington Smith painted on the home front. Hilda Rix Nicholas suffered personal loss beyond words. Tom Roberts, George Coates and Arthur Streeton served as wardsmen in a military hospital in London. George Lambert travelled to Anzac Cove in 1919 to make the definitive record of the war at Gallipoli. Some contributed as members of the official war artists' scheme. Others painted as eye witnesses of the unfolding tragedy. Yet others painted from their hearts. Their work, in all its richness and variety, is a sweeping painterly chronicle of the war, and a vital part of Australia’s heritage. Richard Travers, the author of Diggers in France: Australian Soldiers on the Western Front, now turns his attention to the Australians who painted World War I. He follows the artists as they leave Australia in search of inspiration and fame in London and Paris. They formed an Australian commune in Chelsea on the banks of the Thames. There they lived an enviable life that was cut short, abruptly, by the outbreak of war. To Paint a War is the story of their response to the crisis.