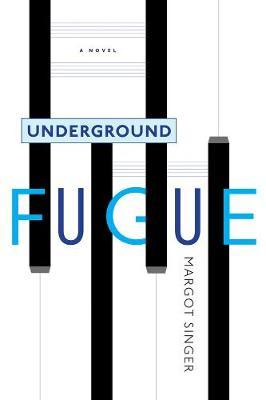 Set against the backdrop of the tube bombings in London in 2005, Underground Fugue interweaves the stories of four characters who are dislocated by shock waves of personal loss, political violence, and, ultimately, betrayal. It’s April and Esther has left New York for London, partly to escape her buckling marriage, and partly to care for her dying mother; Lonia, Esther’s mother, is haunted by memories of fleeing Czechoslovakia on the eve of World War II; Javad, their next-door neighbor and an Iranian neuroscientist, struggles to connect with his college-aged son; and Amir, Javad’s son, is seeking both identity and escape in his illicit exploration of the city’s forbidden spaces. As Esther settles into life in London, a friendship develops among them. But when terrorists attack the London transit system in July, someone goes missing, and the chaos that follows both fractures the possibilities for the future, and reveals the deep fault lines of the past. With nuanced clarity and breathtaking grandeur, Margot Singer’s Underground Fugue is an elegant, suspenseful, and deeply powerful debut.