Fair Game: The Incredible Untold Story of Scientology in Australia 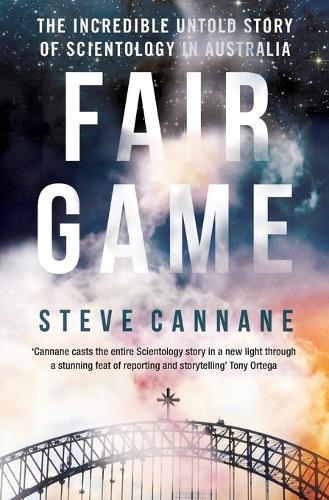 Fair Game: The Incredible Untold Story of Scientology in Australia

FAIR GAME: a policy by which enemies of Scientology can be, according to L. Ron Hubbard, ‘deprived of property or injured by any means by any Scientologist without any discipline of the Scientologist. May be tricked, sued or lied to or destroyed.'From James Packer to Nicole Kidman to elite Rugby League players trying to improve their game, Scientology has recruited its share of famous Australians. Less known is that Australia was the first place to ban Scientology, or that Scientology spies helped expose the Chelmsford Deep Sleep Scandal. A number of Australians have held senior posts in the organisation only to fall foul of the top brass and lose their families as a result.Based on years of interviews and meticulous research, Walkley Award-winning journalist Steve Cannane tells for the first time the fascinating story of Australia’s vital involvement with this powerful, secretive and punitive cult.