Never Enough: A Way Through Addiction 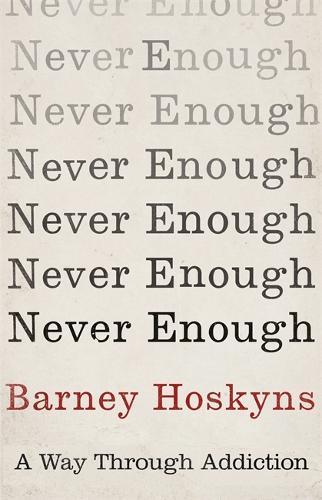 Never Enough: A Way Through Addiction

A few months after graduating with a 1st class honours degree from Oxford University, Barney Hoskyns sat in a damp Clapham basement and asked his best friend to inject him with heroin. From that moment on, for the next 20 years, Hoskyns is hopelessly hooked. This is the searingly honest story of what brought him to this place - and how he got himself out of it. Barney Hoskyns is one of the leading music writers of our time: published by Faber in the UK, his books have ranged the musical landscape from Led Zeppelin to Tom Waits, from Laurel Canyon to Woodstock. His articles have appeared in the NME, Melody Maker, Rolling Stone and Vogue, and in 2000 he founded Rock’s Backpages. Hoskyns beautifully describes the relationship between music and addiction, between love and infatuation. NEVER ENOUGH is Hoskyns’s raw, uncompromising and utterly compelling account of the highs and lows of life under the needle. Interspersed with photos and diary entries, Hosykns examines why he so willingly gave himself up to the death-grip of heroin, and what it took to finally free himself from it.