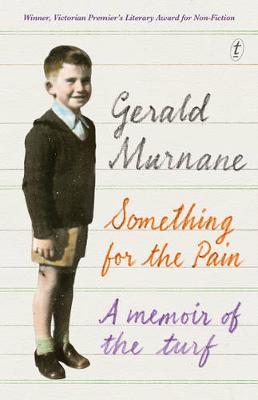 Winner of the 2016 Victorian Premier’s Literary Award for Non-Fiction
As a boy, Gerald Murnane became obsessed with horse racing. He had never ridden a horse, nor seen a race. Yet he was fascinated by photos of horse races in the Sporting Globe, and by the incantation of horses' names in radio broadcasts of races. Murnane discovered in these races more than he could find in religion or philosophy: they were the gateway to a world of imagination.
Gerald Murnane is like no other writer, and Something for the Pain is like no other Murnane book. In this unique and spellbinding memoir, he tells the story of his life through the lens of horse racing. It is candid, droll and moving-a treat for lovers of literature and of the turf.
$23.99Add to basket ›