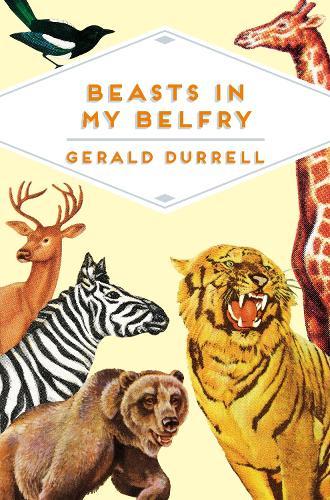 A loving chronicle of jitter-bugging gnus, singing duets with a bear, stealing eggs to feed the Arctic foxes, practising tiger sniffs … Highly entertaining and informative The Times Over a year at Whipsnade Zoo we encounter a typically absurd cast - including Albert the lion, who’s a dab hand at ventriloquism, and Teddy the brown bear, with whom the young Durrell sings duets. This is a charming account of Gerald Durrell’s first job as a student keeper in Whipsnade Park in 1945. With notebook and pen in hand, the eager young Durrell observes his co-workers and animal charges alike. Whether getting dirty mucking out the buffalo enclosure or attempting to cajole a jitter-bugging gnus into a transportation crate, life at the zoo is certainly never boring. PRAISE FOR GERALD DURRELL A hilarious record that no Durrell fan will want to miss Sunday Telegraph Durrell manages to convey not only that he loves animals, but that he enjoys life too - and wants you to enjoy it with him Daily Mirror