A Heart at Home 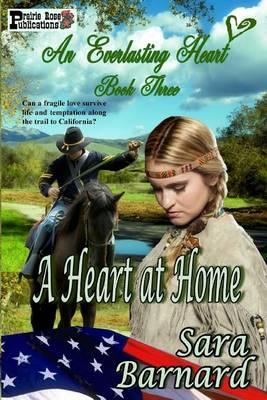 A Heart at Home

Sanderson Redding is set to go west to a waiting job as an Indian Agent-if Charlotte agrees. Leaving their home in Arkansas isn’t easy, but there’s not much left of Altrose-and no jobs for men with families. War veteran Jerry Thomas has secured positions for himself and Sanderson in California, but they must leave immediately. With a heavy heart, Charlotte bids goodbye to her father, Minerva, and Cotton. There’s no time to spare, and they set out early the following day for California. Travel is hard on Charlotte, who is pregnant, but she finds a new measure of determination to face what comes their way-including a prairie fire, hostile Indians, and a hard childbirth she is afraid she might not survive. But the demons of Sanderson’s military life refuse to be left behind, as he finds himself embroiled with the Earp brothers and a lady of the night who carries a grudge against Charlotte. Will Charlotte and Sanderson’s marriage withstand the turmoil they must overcome? And should they survive the journey through a hostile, wild country, will they find happiness in an unfamiliar place that drove them west and took them from their beloved Arkansas home?