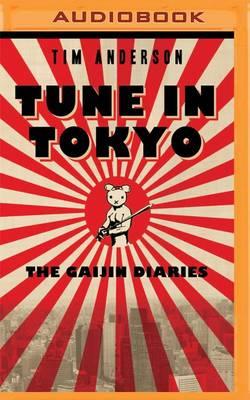 Everyone wants to escape their boring, stagnant lives full of inertia and regret. But so few people actually have the bravery to run – run away from everything and selflessly seek out personal fulfillment on the other side of the world where they don’t understand anything and won’t be expected to. The world is full of cowards. Tim Anderson was pushing thirty and working a string of dead-end jobs when he made the spontaneous decision to pack his bags and move to Japan, where my status as a U.S. passport holder and card-carrying `American English' speaker was an asset rather than a liability. It was a gutsy move, especially for a tall, white, gay Southerner who didn’t speak a lick of Japanese. But his life desperately needed a shot of adrenaline, and what better way to get one than to leave behind everything he had ever known to move to a tiny, overcrowded island heaving with clever, sensibly proportioned people that make him look fat? In Tokyo, Tim became a gaijin, an outsider whose stumbling progression through Japanese culture is minutely chronicled in these sixteen howlingly funny stories. Yet despite the steep learning curve and the seemingly constant humiliation, the gaijin from North Carolina gradually begins to find his way. Whether playing drums on the fly in an otherwise all-Japanese noise band or attempting to keep his English classroom clean when it’s invaded by an older female student with a dirty mind, Tim comes to realize that living a meaningful life is about expecting the unexpected…right when he least expects it.