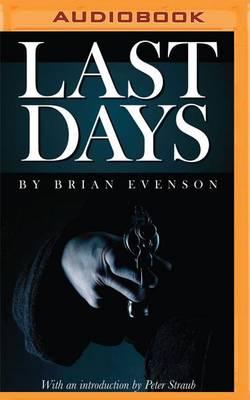 Still reeling from a brutal dismemberment, detective Kline is forcibly recruited to solve a murder inside a religious cult that takes literally the New Testament idea that you should cut off your hand if it offends you. Armed only with his gun, his wits, and a gift for self-preservation, Kline must navigate a gauntlet of lies, threats, and misinformation. All too soon he discovers that the stakes are higher than he thought and that his survival depends on an act of sheer will.Brian Evenson is the author of eight books of fiction, most recently The Open Curtain, which was a finalist for the Edgar Award and the International Horror Guild Award. He is the recipient of both an O. Henry Award and an NEA award. Evenson’s writing has been described as dark, violent, philosophical, critical, and lyrical. A writer of disconcerting power. - The London Times Evenson’s new masterpiece … [an] astonishing work. - Paul Di Filippo Wickedly brilliant. A superb thriller that’s a darker shade of noir. Brian’s writing is scalpel sharp. - Simon Clark