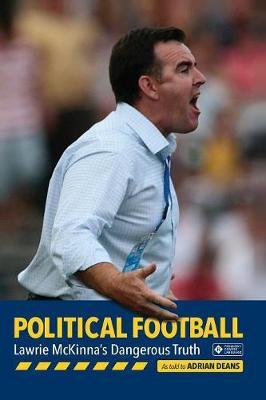 The Dangerous Truth! Growing up in darkest Scotland as the son of the local poacher and then rampaging across Europe with a pack of Rangers hooligans is not the best preparation for high office in Australia. Father at 18, professional footballer at 20, Lawrie McKinna was living the dream until he uprooted for Australia at 25 to play in the NSL. Then he became a successful coach (NSL, A-League and China) and ultimately was elected to political office as an independent after being courted by both mainstream parties due to his massive popularity. These pages chronicle his journey, telling his dangerous truth with fearless candour, infectious enthusiasm and a wicked sense of humour. Very readable, but not for the PC at heart. Andy Harper I read it in five hours flat and could not put it down. Roy Hay Compelling and mesmerising. Con Stamocostas An amazing journey. Ashley Morrison