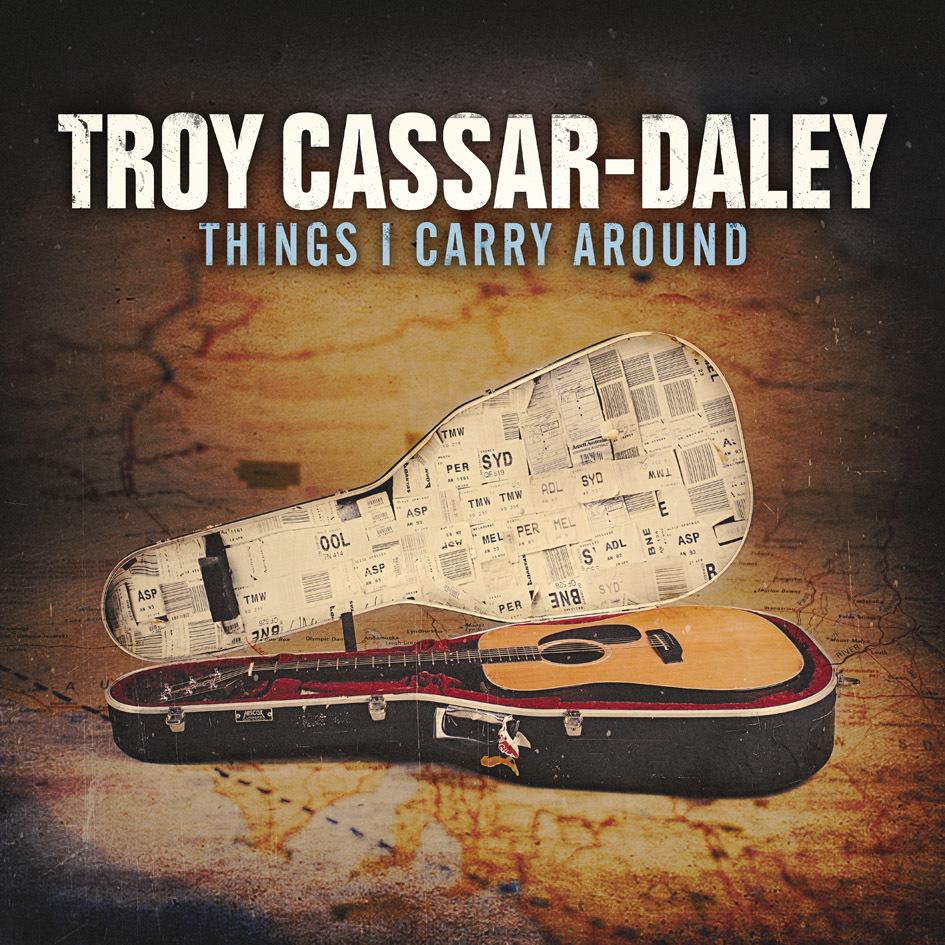 It is said that in art it takes a lifetime to make something appear extremely simple. Troy Cassar-Daley has honed and crafted his music so beautifully throughout the course of his career it is seemingly effortless, honest and true. Troy is, amongst many things, a living treasure of Australian country music and a great chronicler of the human heart.

As Troy picks up the pen again, he shares his stories for the first time in written word with the release of his book “Things I Carry Around.” Inspired by the writing of the book, Troy has recorded his tenth solo album - also called Things I Carry Around - full of new songs, but more so a standalone album that encapsulates Troy as a singer/songwriter in a more relaxed and organic musical environment. Troy’s stories of his own family, love and loss have been woven into song and will take his audiences on a journey throughout his life.
“Troy’s a true gentleman, warm and genuine, always a pleasure to be around. He sings straight from his heart and straight from the heart of his country” - Paul Kelly
With a career spanning 26 years that has produced 9 studio albums with multiple Gold and Platinum sales achievements, 4 ARIA Awards, 32 Golden Guitars, 2 APRA Song of the Year Awards, 9 Deadlys, 4 CMAA Entertainer of the Year Awards and the 2008 Country Music Association of America Country Music Global Artists Award, makes Troy Cassar-Daley one of Australia’s most awarded and highly regarded singer/songwriters in country music.
In “Things I Carry Around” (the book), Troy writes candidly and with humour about the early days, his rise to the top of the country music scene and the people and places that have shaped his path, revealing a fierce attachment to his family and his Indigenous heritage. A hard-working, fun-loving and prodigiously talented youngster, Troy grew into the role of country music superstar with charm and humility - and along the way met the woman who stole his heart. While Troy’s path to success wasn’t always smooth, his irrepressible nature and determination ensured what others might have seen as obstacles didn’t slow him down. Instead, they made him who he is today.
With a dry wit and generous heart, in Things I Carry Around Troy Cassar-Daley at last tells the story his fans have been waiting to hear. His own.
Track listing:
$21.95Add to basket ›

END_OF_DOCUMENT_TOKEN_TO_BE_REPLACED

With a dry wit and generous heart, in Things I Carry Around Troy Cassar-Daley at last tells the story his fans have been waiting to hear. His own.