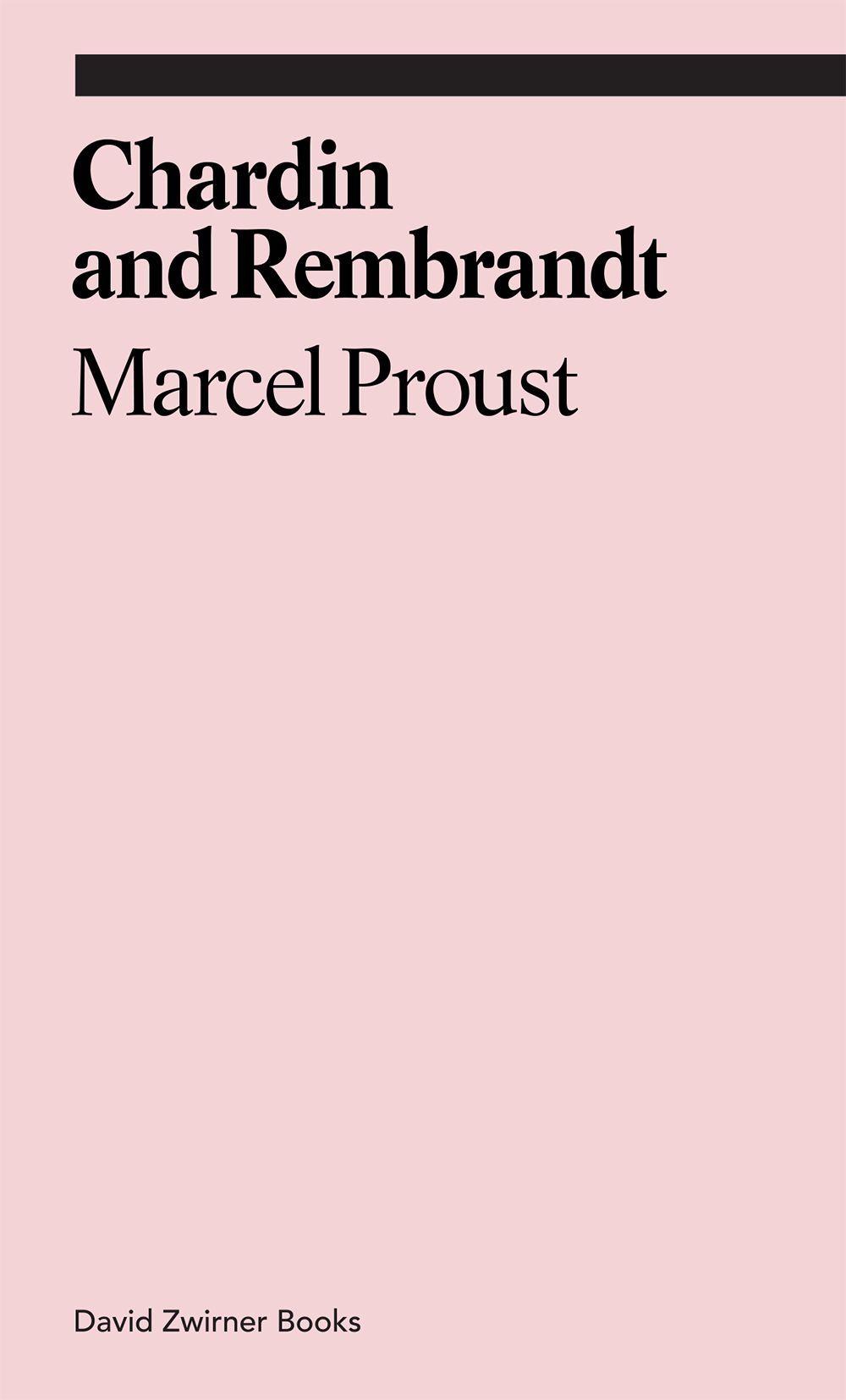 Long overlooked in Proust’s posthumously published writings, Chardin and Rembrandt , written when he was only twenty - four years old, not only reemphasizes the importance of visual art to his development, but contains the seeds of his later work. Proposed in 1895 by Proust to the newspaper Revue hebdomadaire (it was rejected), this essay i s much more than a straightforward piece of art criticism. It is a literary experiment in which an unnamed narrator gives advice to a young man suffering from melancholy, taking him on an imaginary tour through the Louvre where his readings of Chardin imbu e the everyday world with new meaning, and his ruminations on Rembrandt take his melancholic pupil beyond the realm of mere objects. Published for the first time as a stand - alone volume and newly translated, this edition, part of the David Zwirner Books ekphrasis series, aims to introduce a wider audience to one of Proust’s most important and influential works in Western literature . For the true artist, as Proust writes, as for the natural scientist, every type is interesting, and even the smallest mus cle has its importance. The same could be said of the author’s own work - every essay has its own crucial place in the formation of his groundbreaking oeuvre. The afterword by renowned Proust scholar Alain Madeleine - Perdrillat , originally published in the French by Le Bruit du Temps, is an impassioned argument in favor of returning to the lost paths of Proust’s early thinking. It sees, in the passage from Chardin’s world of objects to Rembrandt’s contemplative paintings, a move ment toward the radical interiority for which Proust would later become widely celebrated as a novelist. Written at the beginning of his literary career, Chardin and Rembrandt gestures back to some of Proust’s earliest notes on art, while creating space fo r what was to come.