The Crisis of Vision in Modern Economic Thought 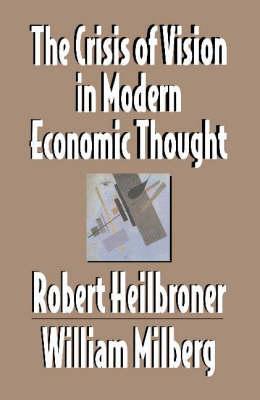 The Crisis of Vision in Modern Economic Thought

A deep and widespread crisis affects modern economic theory, a crisis that derives from the absence of a vision –a set of widely shared political and social preconceptions–on which all economics ultimately depends. This absence, in turn, reflects the collapse of the Keynesian view that provided such a foundation from 1940 through the early 1970s, comparable to earlier visions provided by Smith, Ricardo, Mill, and Marshall. The unraveling of Keynesianism has been followed by a division into discordant and ineffective camps whose common denominator seems to be their shared analytical refinement and lack of practical applicability. This provocative analysis attempts both to describe this state of affairs, and to suggest the direction in which economic thinking must move if it is to regain the relevance and remedial power it now pointedly lacks.