Running The Voodoo Down: Explorations In PsychRockFunkSoulJazz 1967-80 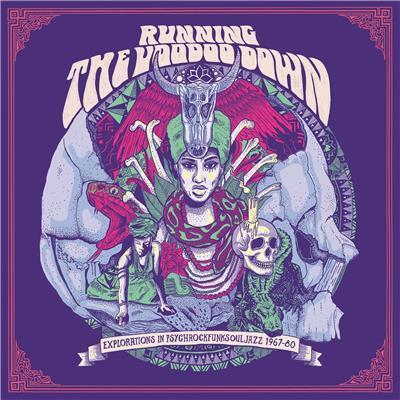 Running The Voodoo Down: Explorations In PsychRockFunkSoulJazz 1967-80

Following on from previous Festival Records compilations including ‘Heavy Soul,’ ‘Cosmic Country’ and ‘A Different Kind of Blues,’ compilers Dean Rudland (of BGP/Kent/Ace Records fame) and Tony Harlow present another curated collections, ‘Running The Voodoo Down: Explorations in PsychRockFunkSoulJazz 1967-80.’
‘Running The Voodoo Down’ looks at a time when African-American music was exploring myriad new directions against a backdrop of incredible and explosive social change and features the likes of Funkadelic, James Brown, Miles Davis, Lightning Rod & Jimi Hendrix, Keith Jarrett, Buddy Miles, The Meters, The Chambers Brothers, Swamp Dogg, James “blood” Ulmer And Sly & The Family Stone.
Whilst not a lot of this music was commercially successful at the time, its importance and its influence on subsequent generations of artists - both black and white - has continued to grow over the years.
To quote Harlow’s extensive liner notes: “This is the sound of Musical Revolution. Social Revolution was in the air and musicians jumped with the times. Working around the funky ground built by Mr Brown, The Big Four - Miles, Clinton, Jimi and Sly - set about recreating a new psychrockfunksouljazz explosion. As they played a new generation of explorers was set in motion and as sure as fireballs off the sun they splintered in many directions.”
$21.95Add to basket ›