The Life and Loves of Eugene Rossiet Lennon Professeur Extraordinaire 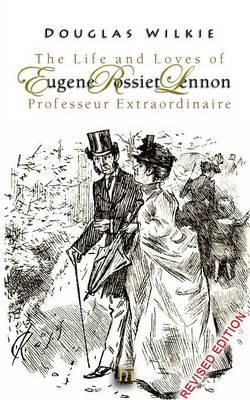 The Life and Loves of Eugene Rossiet Lennon Professeur Extraordinaire

This Revised Edition corrects a small number of typographical errors discovered in the earlier editions, otherwise the text is identical. Eugene Rossiet Lennon, Professor of Languages, educated at the University of Paris, came to Australia in 1843 as a convict. He had been convicted of inciting one young woman, Louisa La Grange, to commit a crime by robbing the jewellers of London’s West End of their diamonds. Louisa was also transported and soon became Madame Callegari - whose story is told in the Journal of Madame Callegari and is also available through Historia Incognita. But Eugene Lennon embarked upon a very different career to that of his former accomplice, Louisa La Grange. He was tutor for the Cotton family at Swansea, on the remote east coast of Van Diemen’s Land. And after father Cotton, a devout Quaker, banished him for taking too much interest in his twenty-year-old daughter, Lennon became tutor to the Pillinger family at Antil Ponds. The Pillingers were much more understanding. Returning to Hobart with a ticket-of-leave, Eugene was almost banished again when he became attached to James Dickinson’s twenty-year-old daughter, Sarah. But Sarah was pregnant and Lennon did the right thing and married her. After several years of self-imposed exile at Southport, a long way south of Hobart, the Lennons and the Dickinsons moved to Victoria where Eugene soon became headmaster of the Flinders National Grammar School in Geelong. His career became illustrious with the school gaining a reputation as a model for teaching excellence. After many years, Lennon and the Education Department could no longer see eye-to-eye. So Lennon parted ways with the National School and established the Geelong High School across the street. But all of this, and more, can be read in The Life and Loves of Eugene Rossiet Lennon, Professeur Extraordinaire.