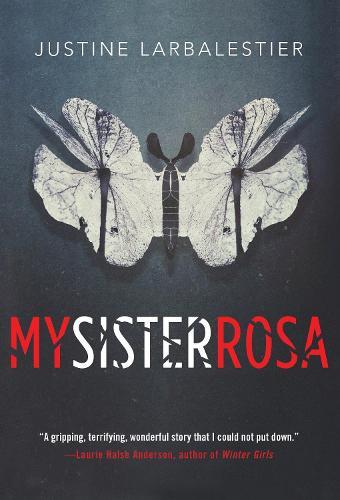 Beats The Silence of the Lambs for suspense–it’s the kind of book that had me literally gasping aloud as it rattled to its incredible conclusion. –Cory Doctorow, New York Times bestselling author of Homeland What if the most terrifying person you know is your ten-year-old sister? Seventeen-year-old Aussie Che Taylor loves his younger sister, Rosa. But he’s also certain that she’s a psychopath–clinically, threateningly, dangerously. Recently Rosa has been making trouble, hurting things. Che is the only one who knows; he’s the only one his sister trusts. Rosa is smart, talented, pretty, and very good at hiding what she is and the manipulation she’s capable of. Their parents, whose business takes the family from place to place, brush off the warning signs as Rosa’s acting out. Now that they have moved again–from Bangkok to New York City–their new hometown provides far too many opportunities for Rosa to play her increasingly complex and disturbing games. Che’s always been Rosa’s rock, protecting her from the world. Now, the world might need protection from her.