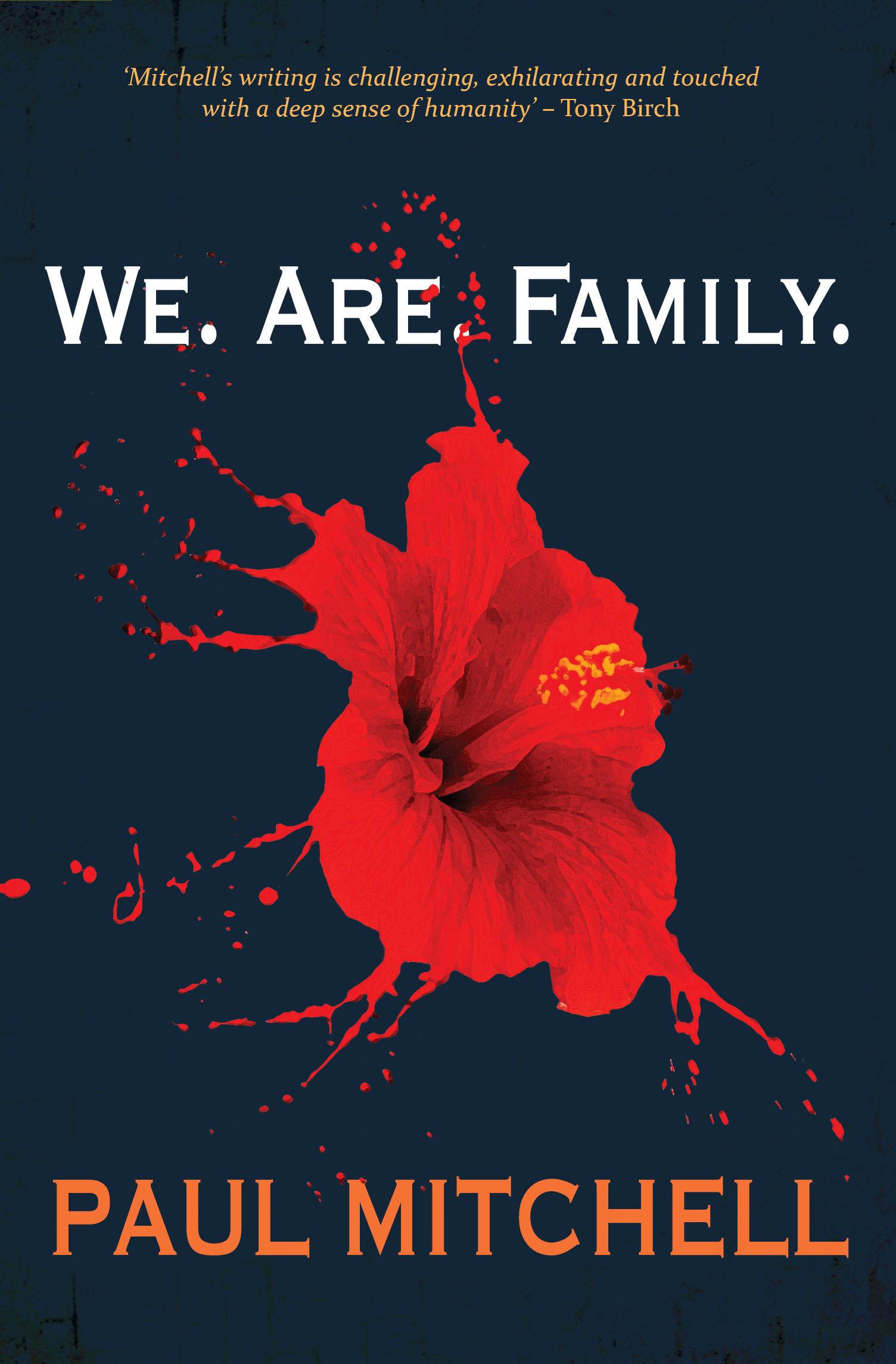 Three brothers are forced to confront the quiet, pervasive violence of their family’s past and the distances to which they have all carried their father’s pain into their own futures. Paul Mitchell’s episodic novel is an unraveling of the twisting threads that tie us to the past.
We. Are. Family. explores the trauma handed down through generations as folklore and the way we all relate to those closest to us. The damaging idea of Australian masculinity is described with tenderness and dry humour.
Taking cues from Tim Winton’s The Turning, Paul Mitchell’s We. Are. Family. is a cyclic meditation on the slow turning of life and the interconnectedness of identity and family.

Paul Mitchell’s first novel is an exploration of Australian masculinity and the suffocating limitations we place on our boys and men. The first page is a family tree, but not a sprawling tangle that reaches back and across oceans, rather it is truncated and limited to living generations. This the theme of the book: that people become so caught up in familial relationships that they can’t bring themselves to make changes, despite the internecine nature of their situation. Mitchell moves us around this family tree, through time and from branch-to-branch, building up the characters and the story in a non-linear fashion. It is a story of domestic violence – both visceral and psychological – and the seeds of dysfunction and decay that it sows.

The characters are not instantly recognisable. They begin as archetypes, the Stevensons, and their particularly bland Australian names suggest they are almost interchangeable. Bernie sits atop this structure, a brute and a drunk. The son is named Ron and the grandsons Peter, Terry and Simon, the uncles, two brothers, named Nick and Tim. The book is driven almost entirely through the male perspective and their various degrees of failure, longing and regret. It is a saga too, of marriages in disrepair, of depression and madness, of ill-gotten money and regret by the truckload. The Stevensons scrabble about for meaning and hope, their hopes and voices muffled by the spectre of past and family.

What Mitchell does particularly well is capture Australianness. Hardship, mistakes, dim-wittedness – these are universal. But the vernacular is unmistakably ours, as nowhere else would you tell your brother to ‘rack off’, or donate money to ‘the Salvos’. There is a touch of Tim Winton in this, of getting the finer details right. Though grim at times, Mitchell’s debut is a fine novel, cleverly structured and expertly wrought, and he is without doubt a writer to watch.