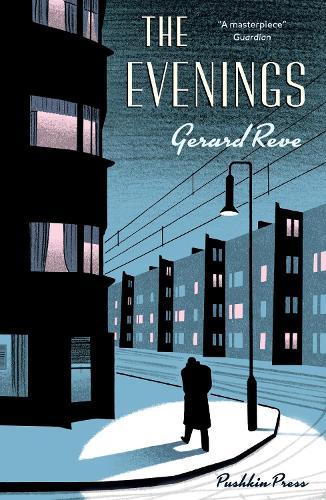 ‘I work in an office. I take cards out of a file. Once I have taken them out, I put them back in again. That is it.’

Twenty-three-year-old Frits - office worker, daydreamer, teller of inappropriate jokes - finds life absurd and inexplicable. He lives with his parents, who drive him mad. He has terrible, disturbing dreams of death and destruction. Sometimes he talks to a toy rabbit. This is the story of ten evenings in Frits’s life at the end of December, as he drinks, smokes, sees friends, aimlessly wanders the gloomy city streets and tries to make sense of the minutes, hours and days that stretch before him.
Darkly funny and mesmerising, The Evenings takes the tiny, quotidian triumphs and heartbreaks of our everyday lives and turns them into a work of brilliant wit and profound beauty.
Gerard Reve (1923-2006) is considered one of the greatest post-war Dutch authors, and was also the first openly gay writer in the country’s history. A complicated and controversial character, Reve is also hugely popular and critically acclaimed - his 1947 debut The Evenings was chosen as one of the nation’s 10 favourite books by the readers of a leading Dutch newspaper while the Society of Dutch Literature ranked it as the Netherlands' best novel of all time.
$29.99Add to basket ›