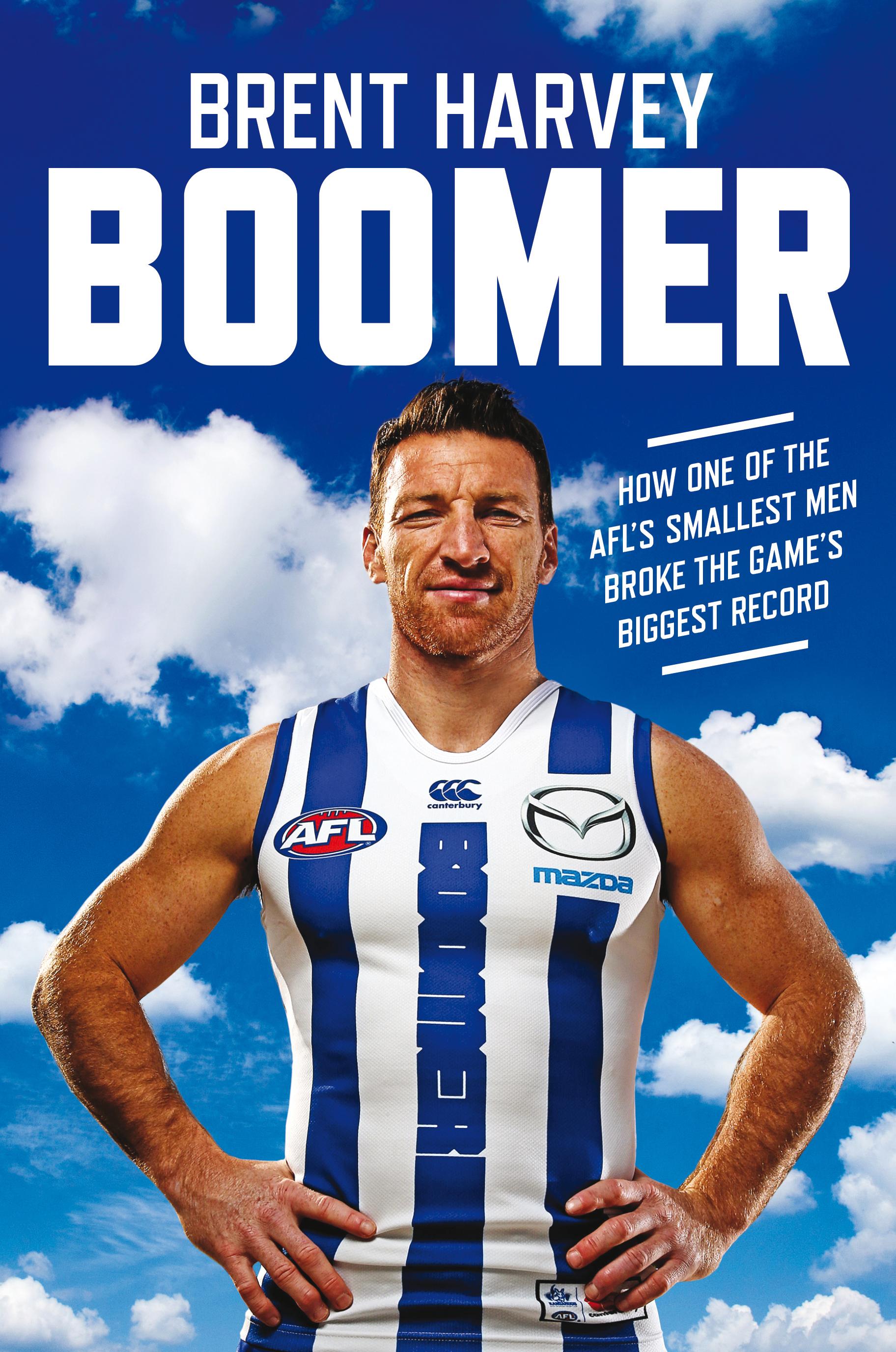 They told Brent Harvey he was too small to make the big time.
Yet in 2016, the pocket rocket known affectionately as ‘Boomer’ broke the all-time record for most games played in the VFL/AFL. This epic feat by one of the game’s great characters is the crowning glory of an extraordinary story.
Harvey’s autobiography not only charts his 21 seasons with North Melbourne but takes us deep inside one of the oldest footy clubs in Australia. Across over 427 games in the royal blue and white stripes, Boomer has seen it all - magic on-field moments, dramatic off-field controversies, media storms, merger rumours, personal triumphs, team success and private struggles - and become a one-club man and AFL legend.
Boomer is an honest, passionate, entertaining underdog story as fast, cheeky, feisty and inspiring as the man himself.
$34.99Add to basket ›