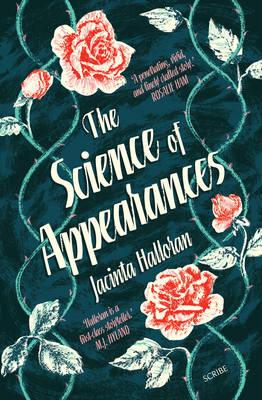 Dominic and Mary are twins, but they are also opposites: Dominic, the first-born, is thoughtful and quiet, driven by the responsibility he feels over his father’s death. His logical mind draws him towards the pursuit of science and knowledge. Mary, who loves to draw, is passionate and impetuous. The small country town in which they live, in the aftermath of World War II, is not enough to contain her ambitions for life and for love.
When Mary escapes to Melbourne in pursuit of sensuality and art, Dominic must shoulder the mantle of family responsibility. Mary begins a new life, exploring the bohemian haunts of a rapidly changing post-war city. Dominic studies hard and eventually finds himself drawn into the field of eugenics, a fraught pseudo-science based on ideology. Then he meets Hanna, the daughter of Jewish refugees, who begins to show him the limitations of his scientific view.
But Dominic and Mary are destined to come together, and the past cannot be left behind so easily. When Dominic comes looking for his sister, Mary must decide where her loyalties lie: to her family or to her art.
Dominic, meanwhile, bears a secret of his own.
This is a powerful novel about the choices we make in pursuit of our ideas, and the inexorable pull of the past. Set in an era of social constraint but profound genetic discovery, The Science of Appearances examines how the complex interplay of heredity and environment makes, shapes, and sometimes breaks us.
$29.99Add to basket ›