Where are Our Boys?: How Newsmaps Won the Great War 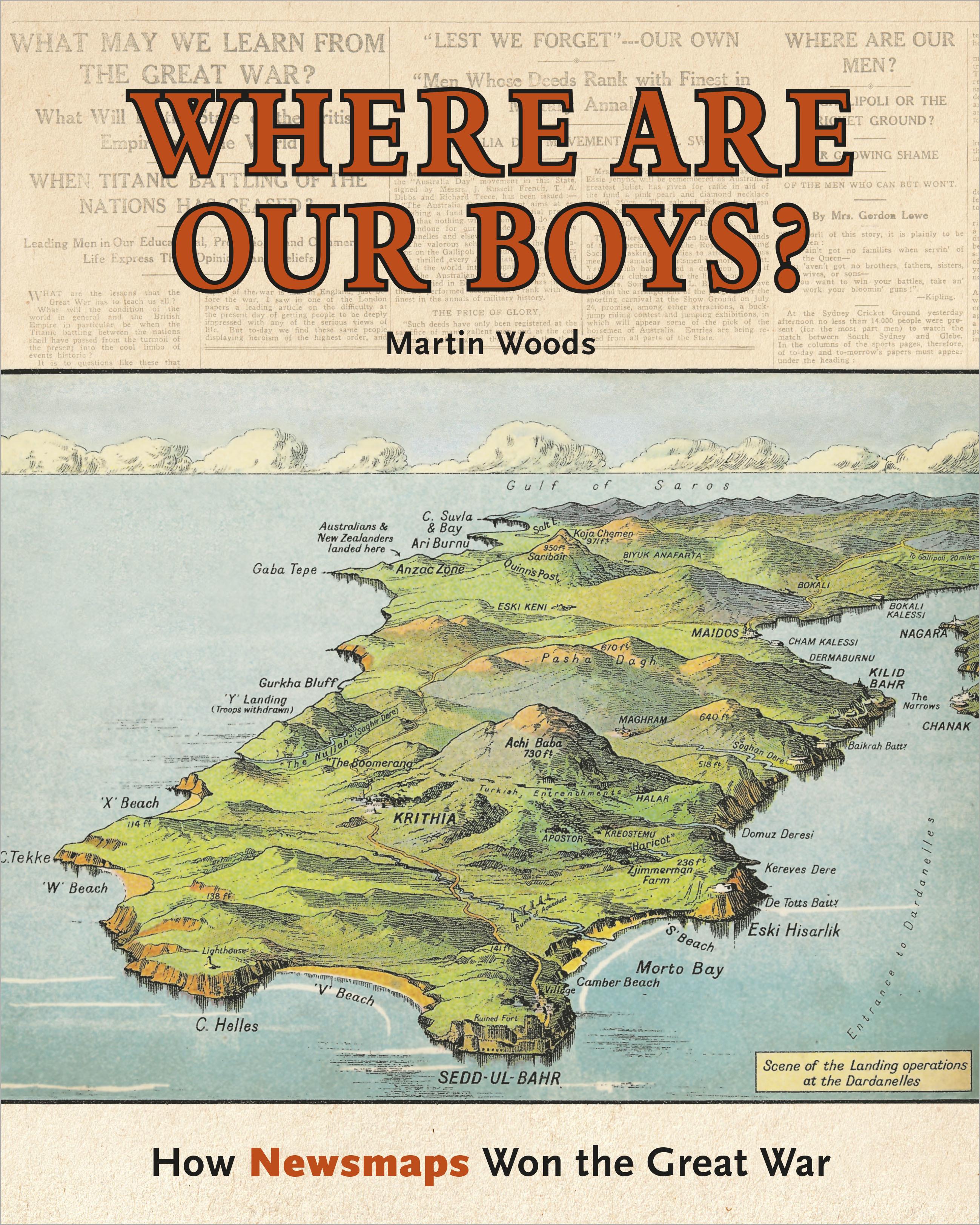 Where are Our Boys?: How Newsmaps Won the Great War

In 1914, the newspaper map or newsmap began to supply readers with the geographical backdrop to the Great War, an important tool in explaining the progress of the war to the public at home. Day by day, for every campaign and battle, readers across the nation were deluged with maps, both in the pages of newspapers and pasted up in town and city streets, allowing them to follow Australian and Allied exploits. Drawn from scant news cables, out of date cartography, and the writer’s imagination, a semi-fictional war story emerged, of ANZAC successes and, sometimes, disasters.
‘Our boys’ were in Egypt, Palestine, Gallipoli, Belgium, Germany and France, in towns and villages most Australians had never heard of. Soon, these places were being discussed, with growing expertise, over maps in homes, pubs, churches and clubs. Those following the war at home were never allowed too close, as censorship rules dictated when maps could be published. Yet Where Are Our Boys? is not simply about propaganda. Maps in newspapers tracked the war’s many campaigns and the exploits of our boys, but most importantly allowed those at home to feel close to their brothers, husbands, fathers, uncles, neighbours and cousins. Maps naturally became central to commemorating events, people and places.
The war produced more maps than any time before in history, giving us along the way some of the most beautiful, and sometimes misleading, maps ever published. Where Are Our Boys? tells the story of how the war was fought and won from the opening salvos in 1914 to Gallipoli and victory on the Western Front. In the end, though, these maps were needed most to help understand the conflict and to comprehend the great human costs.
$15.99Add to basket ›