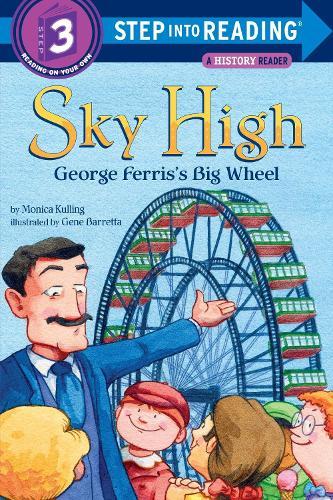 This fascinating Step 3 History Reader describes the invention of the first Ferris wheel-an engineering marvel. The 1893 World’s Fair organizers wanted something big to draw people to Chicago … something that would rival the Eiffel Tower. George Ferris, an American engineer, had the idea for an observation wheel that passengers could ride on. People laughed at his idea. They said it would never work. But it was a huge success, with thirty-six cars that could hold over 2,100 riders! That’s some big wheel! Ferris wheel lovers can thank George Ferris for never giving up his dream. Step 3 Readers feature engaging characters in easy-to-follow plots about popular topics-for children who are ready to read on their own.